How do I shape a Cryptomeria bonsai into the chokkan style?

How do you prune/pinch/wire a Cryptomeria japonica to shape it into the formal upright "chokkan" style, like this or this? Whenever I've tried this with other evergreen species, I've never been able to get the foliage to separate into those distinctive "clumps". 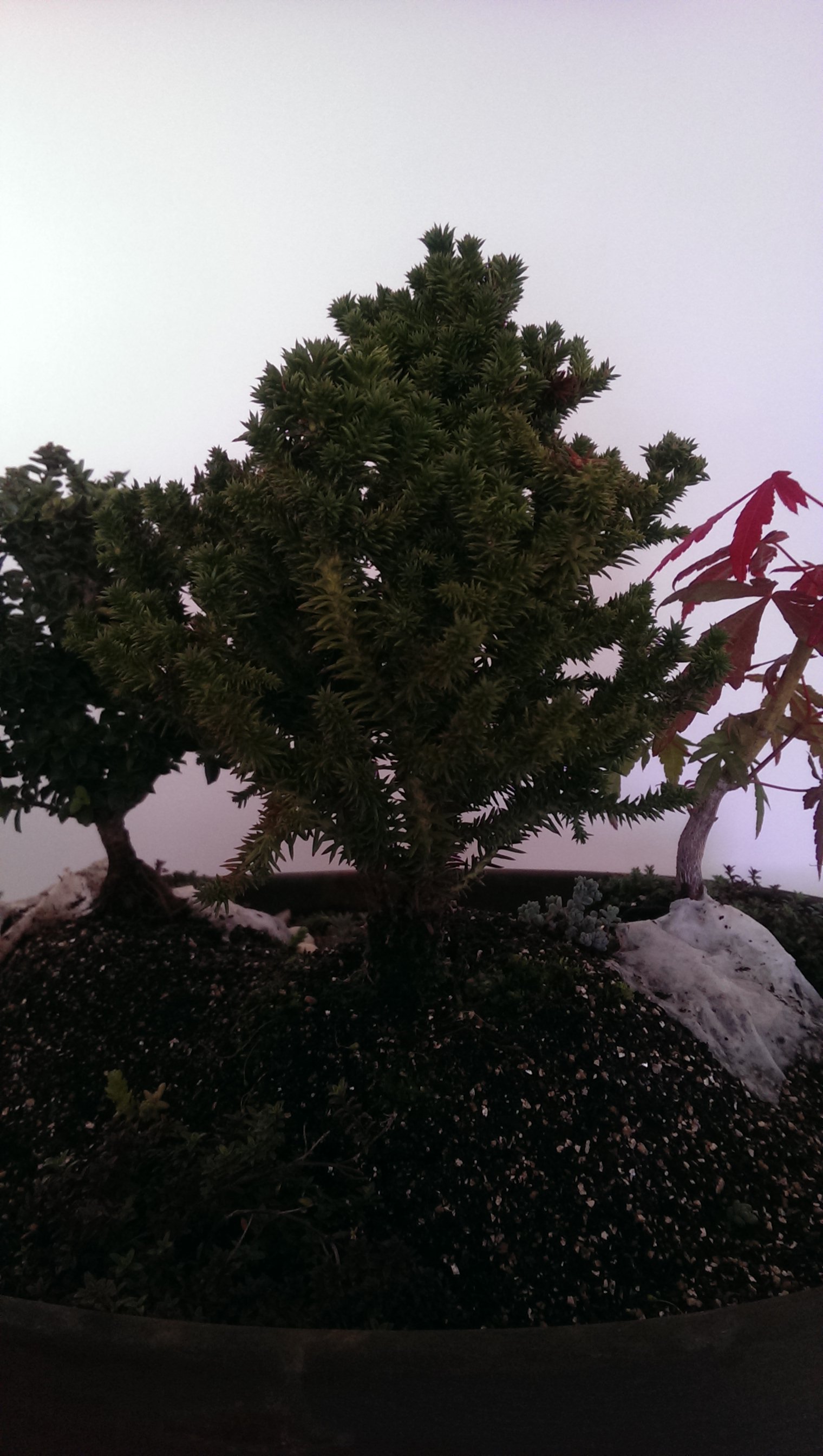 Edit: Added picture. It's actually a "Birodo" dwarf variety that I bought at a local nursery. It's only about 6" tall and not much to look at. I have it in a small planter with a couple of other dwarf species (a maple and holly) that will be wintering together. Come spring, I'll relocate it to its own planter and let it get bigger before I start any work on it.

Here's what the Sunset's Bonsai handbook says about the chokan style:

Picture a plant with a perfectly straight, virtually cylindrical trunk that tapers gradually as it rises vertically from the soil, and you are likely visualizing a Formal Upright. The trunk base splays outward just enough to indicate that radiating roots give good support. An example in nature is the majestic tree that stands alone in a field or lawn.

The lowest and longest branch should appear about a third of the way up the trunk, and perhaps angle slightly toward the front of the plant. The next branch as you proceed upward should be a bit smaller and extend toward the opposite side of the bonsai, angling slightly forward. The third branch will be smaller yet, extending toward the back of the plant.

This ascending spiral pattern repeats as you progress up the trunk to the apex, the branches getting smaller and more closely spaced as they approach the tp. A finished Formal Upright specimen will be nearly cone shaped.

Ordinarily, large branches that point toward the front of the plant are undesirable because they obscure the structure rather than enhance it, but small branches in the in the upper third of the plant may project forward slightly if they fit the overall design pattern. To determine which branches to keep, remember that branches on opposite sides of the trunk should not be at the same level, and no branch should be directly above another one.

So you need to first select and keep the permanent branches, pruning out the others. This is the first step toward proper shaping. After that, you will have to pinch out new growth on the branches, to encourage bushiness, and keep them contained. This is also how you get the "clumpy" look you are looking for. Don't let the branches grow together. You also want to pinch at a few different levels, so you don't end up with a mini topiary. Perform this at any time, as needed throughout the growing season.

For wiring, make sure wires are in place in winter, so that they are in place during the next seasons growth. Only wire ripened wood. Wire only if you need to redirect the direction some of the growth is pointing. You may not need to wire all the branches, if some are in naturally good spots. On areas with thin bark, wrap with raffia before applying wire. I use aluminum wire, but many folks use copper.

Some branches, if they only need to be brought down, can be weighted instead of wiring. Use properly heavy bonsai weights. If a branch is too stiff to wire, you can tie it down to the container, so that it grows where it is needed. If one branch is higher than another, which is too low, you can protect the stems with raffia, and tie the stems together.

Not the answer you're looking for? Browse other questions tagged pruning bonsai technique or ask your own question.

8
Can I trim this shrub into a spiral shape?
2
How should I prune my Cussonia Bonsai?
8
Tips for first Serissa Bonsai
6
How can I grow an in-ground 'bonsai' oak tree?
2
When should I plant my tree saplings into a bonsai pot?
3
Basics of Bonsai?
4
How to reduce leaf size on Ash bonsai
3
How do you move bonsai across the US safely?
1
Dying bonsai? All the leaves have fallen