What is this tall plant with large leaves and long bunches of soft pink flowers?

Please can you help me identify this plant. The flowers are soft to touch. 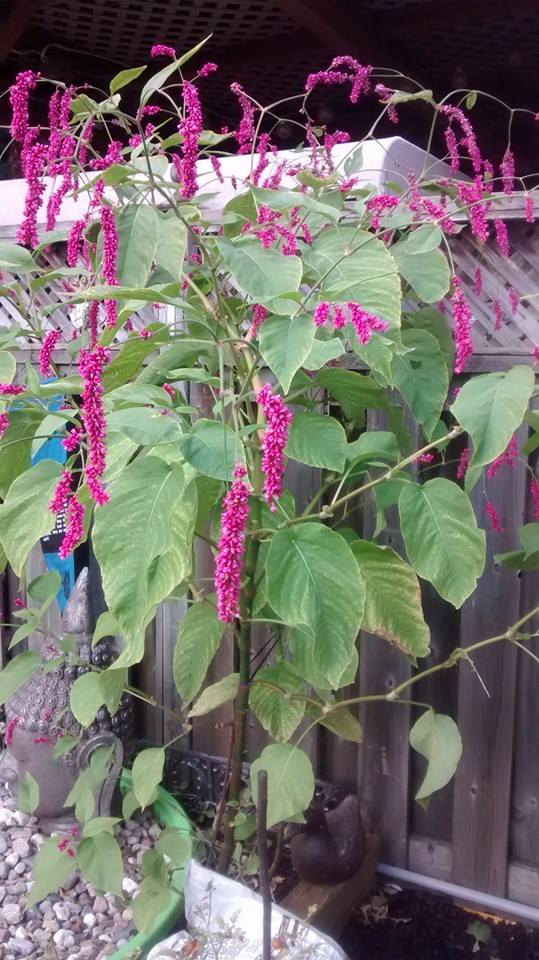 Edit: I retract my opinion on the ID. I think it is Persicaria orientalis as stated in the newer answers. Good catch

Actually, it's not a tree at all, but an herbaceous annual, called Love Lies Bleeding. It's Amaranthus caudatus.

It is a common ornamental plant that lasts only a year, but will frequently reseed itself, and return year after year that way. It can even become an obnoxious weed. It originated in South America, but has spread throughout the many parts of the world. 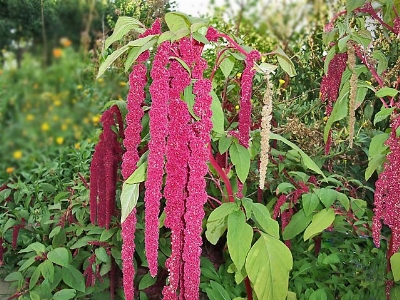 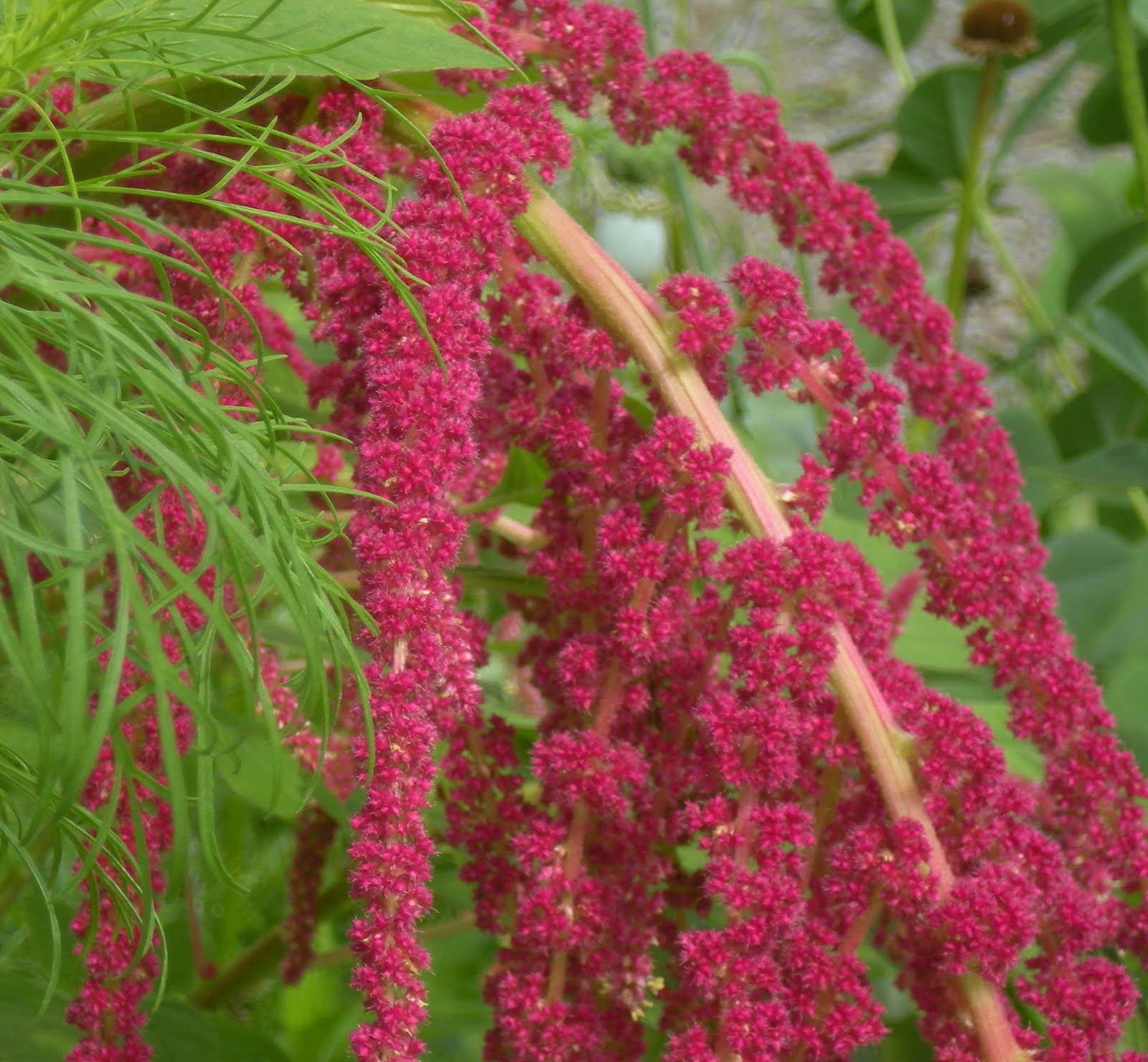 J. MusserJ. Musser
51.5k2121 gold badges112112 silver badges318318 bronze badges
1
Add a comment  |
5
Want to improve this post? Provide detailed answers to this question, including citations and an explanation of why your answer is correct. Answers without enough detail may be edited or deleted.

This plant is "Polygonum orientale".

Without disrepsect for your answer, @J. Musser, This plant is actually Persicaria orientalis, formerly Polygonum orientale as noted by @Mayra, commonly known as "Kiss Me Over the Garden Gate". 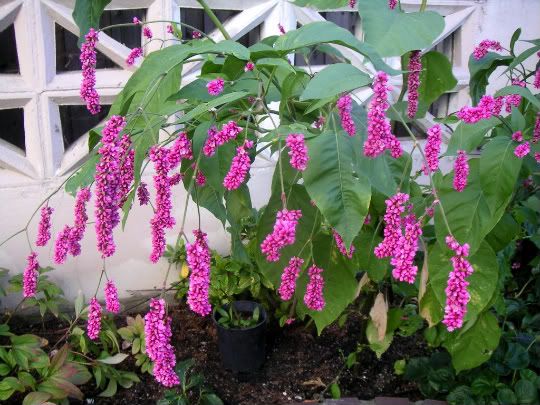 Persicaria is a genus of herbaceous flowering plants in the knotweed family, Polygonaceae. Plants of the genus are known commonly as knotweeds or smartweeds. It has a cosmopolitan distribution, with species occurring nearly worldwide.

Not the answer you're looking for? Browse other questions tagged identification flowers annuals or ask your own question.