What is this plant with small red flowers and palmate leaves with 11 leaflets?

This plant was given to me earlier this year and was said to be an herb - nutmeg I think they said. I don't think it is a nutmeg. I have looked all over the web to no avail - no clue what it is. 11 palmate leaflets on each cluster, even the smallest ones. It has grown quite a bit since June here in Southwest FL and just put out the little red flower on top. 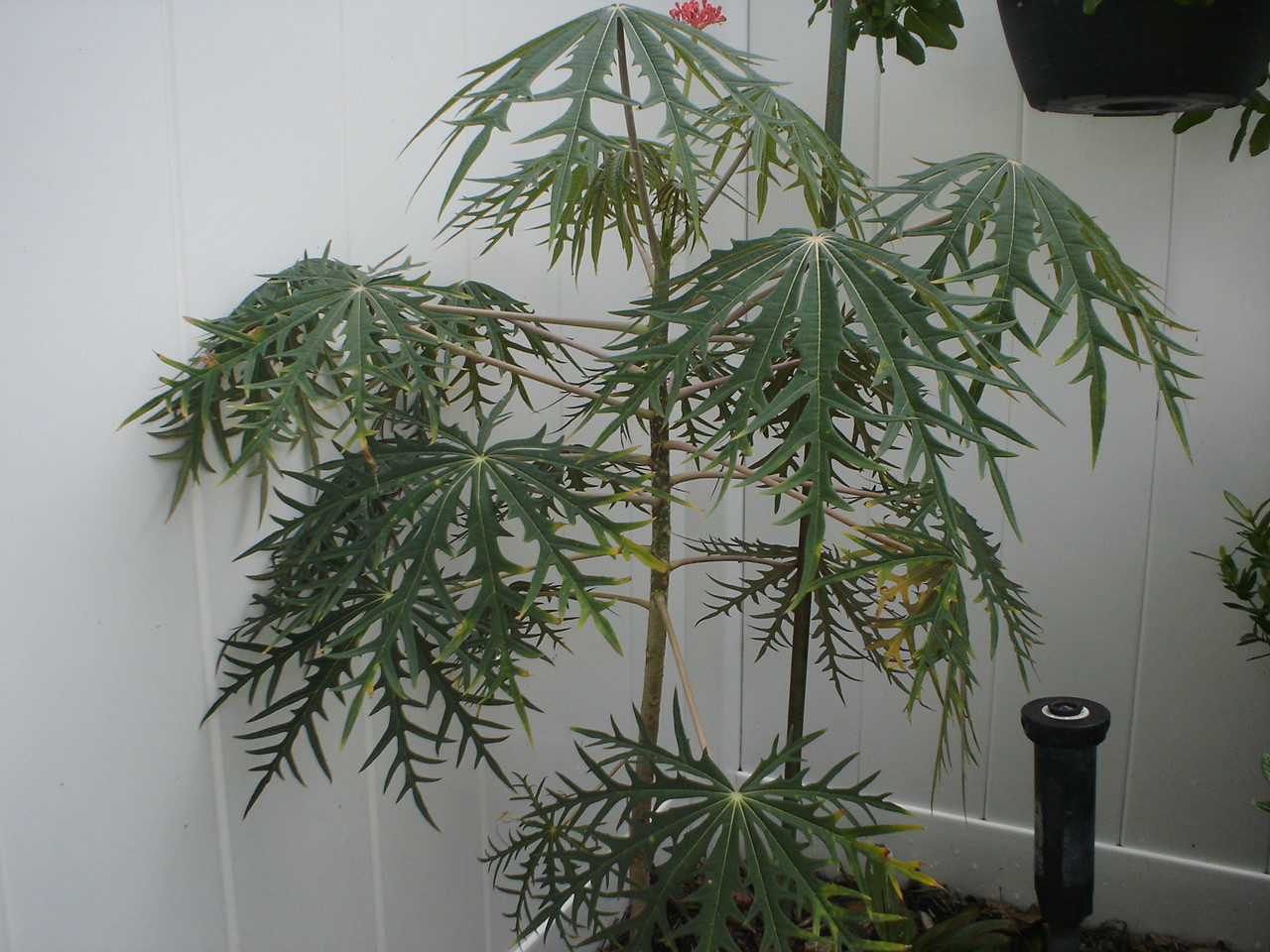 I think it's Jatropha multifida, common name Coral Plant. Hardy in Zones 10-12, frost sensitive otherwise. Can be stood outside during summer in colder regions. Note that all parts contain milky sap which is poisonous if ingested, and like a lot of plants in its Family (Euphorbiaceae, the spurges), the sap can be a skin irritant to sensitive individuals, so wear gloves when handling it just in case. It also has the common name Physic Nut, which might be why you were told it's a nutmeg - it absolutely isn't and I wouldn't recommend you attempt to consume any of the seeds or grate them into your hot milk or whatever. 'Physic Nut' comes from its Latin name literally translated, but Coral Plant is a much safer common name for obvious reasons!

// TODO sg: TMP solution until we are confident in our current implementation of async imports // once we are, we can move the if into the js entry file and dynamically load the mark obsolete module