What is this vine with heart-shaped leaves found in Northern California?

What vine am I looking at? 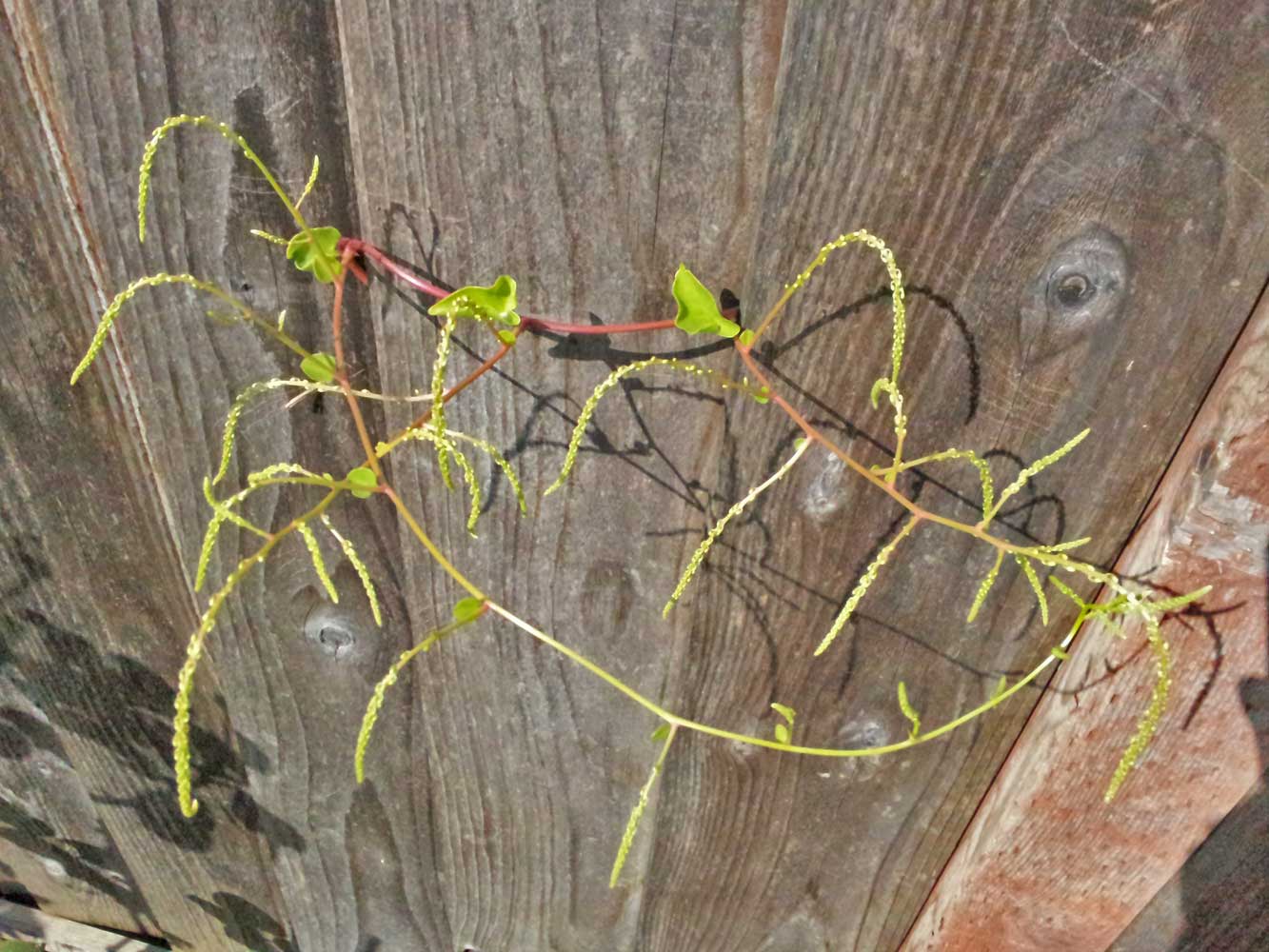 it appears to be Fallopia baldschuanica, commonly known as Russian Vine and, most aptly, Mile a Minute vine, because it does grow extremely fast. It is deciduous, with a height and spread of 12 metres by 4 metres. I reckon that 'height' figure is a conservative estimate, I once found one in a derelict garden which had grown through an underground pipe 10 metres long, having entered the garden concerned through the old fence from the garden behind, then penetrating into the pipe and out the other end, where it had rampaged across the whole garden. Generally, people who plant this vine have no idea that they should have bought a machete at the same time, and if they've planted it somewhere within 50 feet of another garden, it will rapidly become a very unwelcome guest there. It's probably time to have a word with your neighbours.

Not the answer you're looking for? Browse other questions tagged identification weeds vines or ask your own question.