Is it possible to tell by shape of the flower if it will attract butterflies or hummingbirds?

Is this just a correlation I've noticed, or do butterflies and hummingbirds actually have a preference for the shape of flowers they visit?

Here's an example of a plant for hummingbirds: 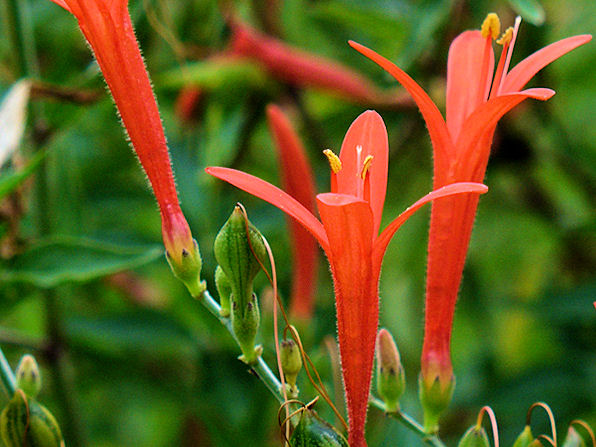 Here's an example of a plant for butterflies: 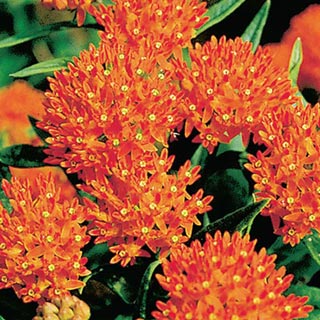 Yes, you are correct. Hummingbirds have adapted to sip nectar from longer, tubular flowers. You'll notice this when you look at their bill, which is elongated, and often curved to better match the shape of the flowers. Their vision is also adapted to their food source, and they only see black, white, and red. So flowers that are in the orange-pink-purple range will stand out, with red the brightest. So the best hummingbird flowers are red, tubular, and have plenty of nectar (so the birds don't expend as much energy moving from flower to flower).

Butterflies are a little different. They have a proboscis that helps, but they just can't reach that deep into flowers. The flowers butterflies are most comfortable with are shallower than the flowers hummingbirds like. If the flowers are strong enough to support the weight, that's a plus for butterflies, as they don't hover. The most efficient flowers for butterflies will come in groups, like heads or spikes, so that the butterflies don't have to travel so far to get each sip.

And there is some overlap. For instance, out back, we have a large trumpet vine, which attracts many hummingbirds, some butterfly bushes, which the monarchs and swallowtails cover, and some agastache, which attracts the majority of the smaller skippers and cabbage butterflies. What was interesting is that the hummingbirds would often come down and visit a few purple butterfly bush flowers, but not the lavender agastache. The small butterflies/skippers will visit the butterfly bushes when the agastache was getting crowded. The bigger butterflies would sometimes attempt the agastache, but not often, and no butterflies actually landed on the trumpet vine flowers.

I would also like to add that butterflies see colors in Ultraviolet, which tends to lead them to red, yellow, orange, pink and purple blossoms and the nectar is more visible to them on flowers that are flat-topped, clustered, have short flower tubes and being grouped closely.

Here's and example of a couple flowers take with Ultraviolet-Induced Visible Fluorescence (UVIVF). 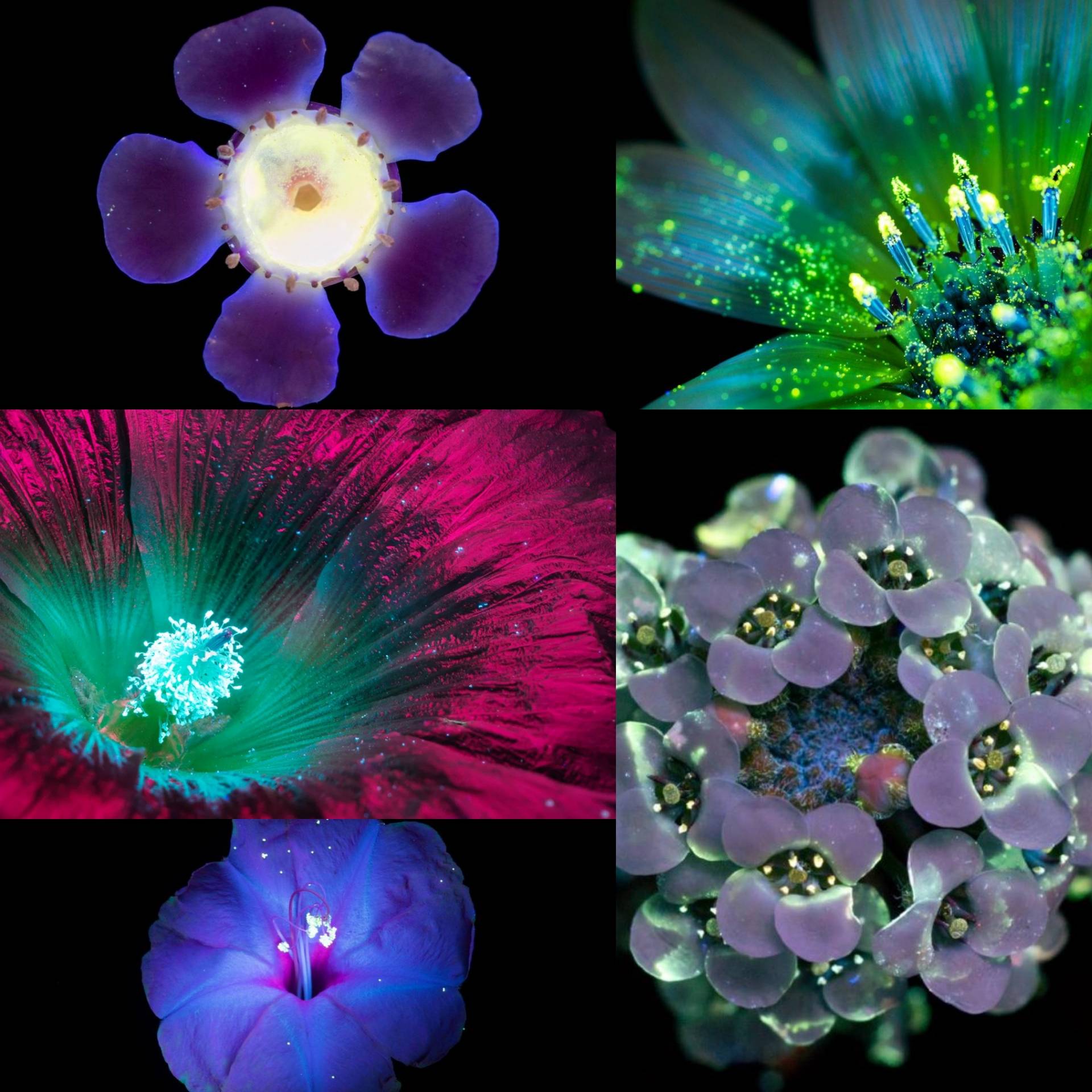 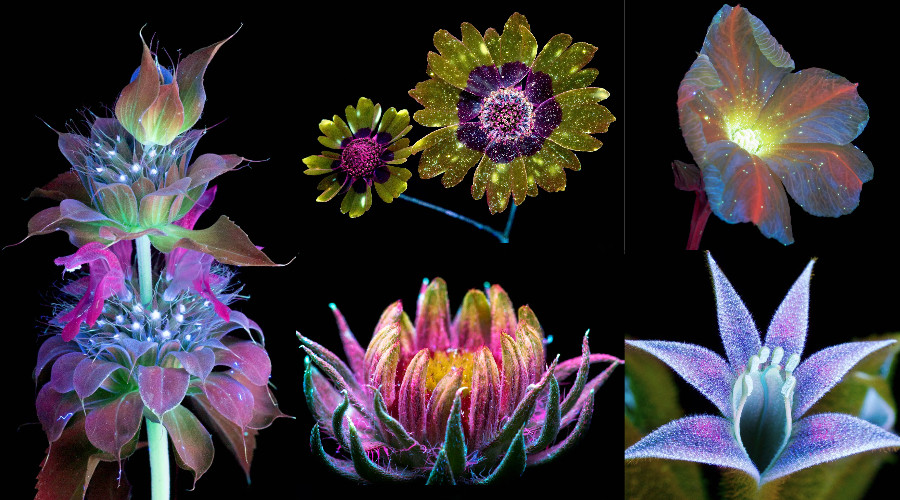 Not the answer you're looking for? Browse other questions tagged flowers hummingbirds butterflies or ask your own question.

6
What makes a plant deer resistant?

9
What can I plant to attract butterflies and other pollinators in Minnesota?
4
Red, white and blue varieties for a medium pot in full sun
7
How do I change this to a butterfly garden?
4
What is this bush with small yellow flowers and an orange substance in the stems?
5
What are the variables I need to consider when planting my Eidelweiss?
5
Plants that attract butterflies and dragonflies
5
Orange-red flower with extravagant shape
6
Will glyphosate directly harm Monarchs or other butterflies?
4
Help identifying a flowering plant and its pests
1
Chili flowers wilting few days after opening