What is this burr covered plant (weed?) 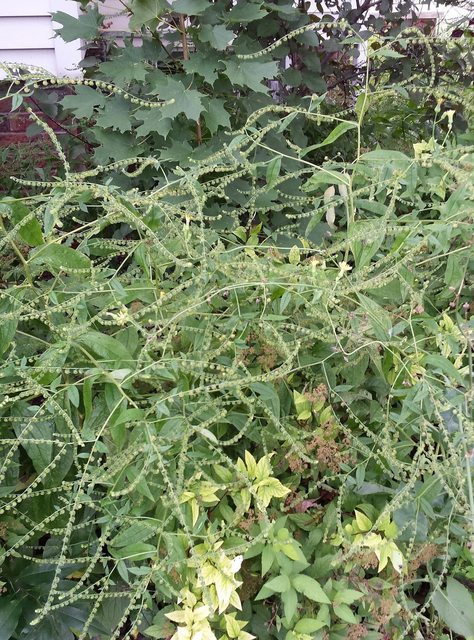 These plants are growing all around my new house. I am wondering if this burr infested plant is anything that is worth keeping or if it is just a weed that sticks itself to everything (including my cat)

What is the best way to go about removing this nuisance (all 20/30 of them) if it is a weed?

(The location is in eastern Iowa.)

If you mean burr in the usual "comes off the plant and sticks to clothing/animal fur" sense, that charming behavior tends to class them as weeds in the minds of anyone who isn't of the "but there's no such thing as a weed" camp. They don't look exactly like the tiny green (later brown) burrs (latin name unknown by me) that plague my yard and animals and socks, but they are similar in aspect. Remove and burn or remove and place in trash, digging out as much root as possible and trying to not lose too many of the burrs, which will add to the seeds that are probably already in your soil to make the next several years annoying. Also try to learn what they look like when smaller (before they fruit) so you can pull them out earlier next year.

Not burdock - that's pretty easy to spot/identify (and eventually easy to spot even the year before it flowers, since it's biennial.)

Might be Hackelia virginiana, aka beggarslice or stickseed. Also a biennial.

8
How can I get rid of this vine-like weed with small rounded leaves?
3
Can I use weed killer to eliminate grass growing between my bulbs?
4
What is this pest attacking and killing a douglas fir?
0
What plant or weed is this?
3
What is this prickly, burr-covered plant with different colored flowers on the same plant?
5
What plant is this? A weed?
2
What plant/weed is this?
2
What is this plant / weed? (with photos)