What's causing my cucumber & melon vines to wither away?

I am in the UK and my cucumber and melon plants have started wilting. I used to water them twice a week and increased the frequency to once every two days since they started fruiting. 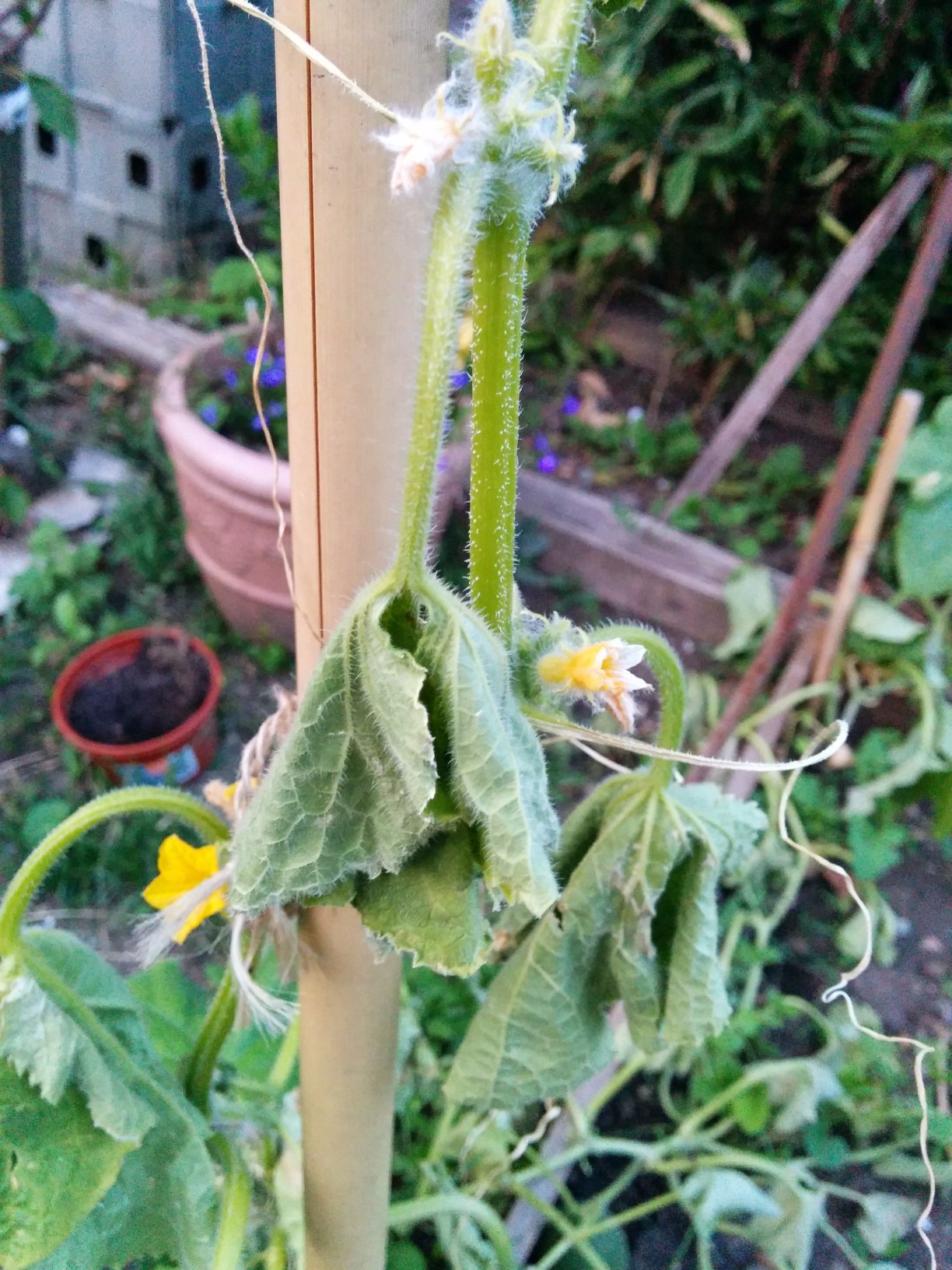 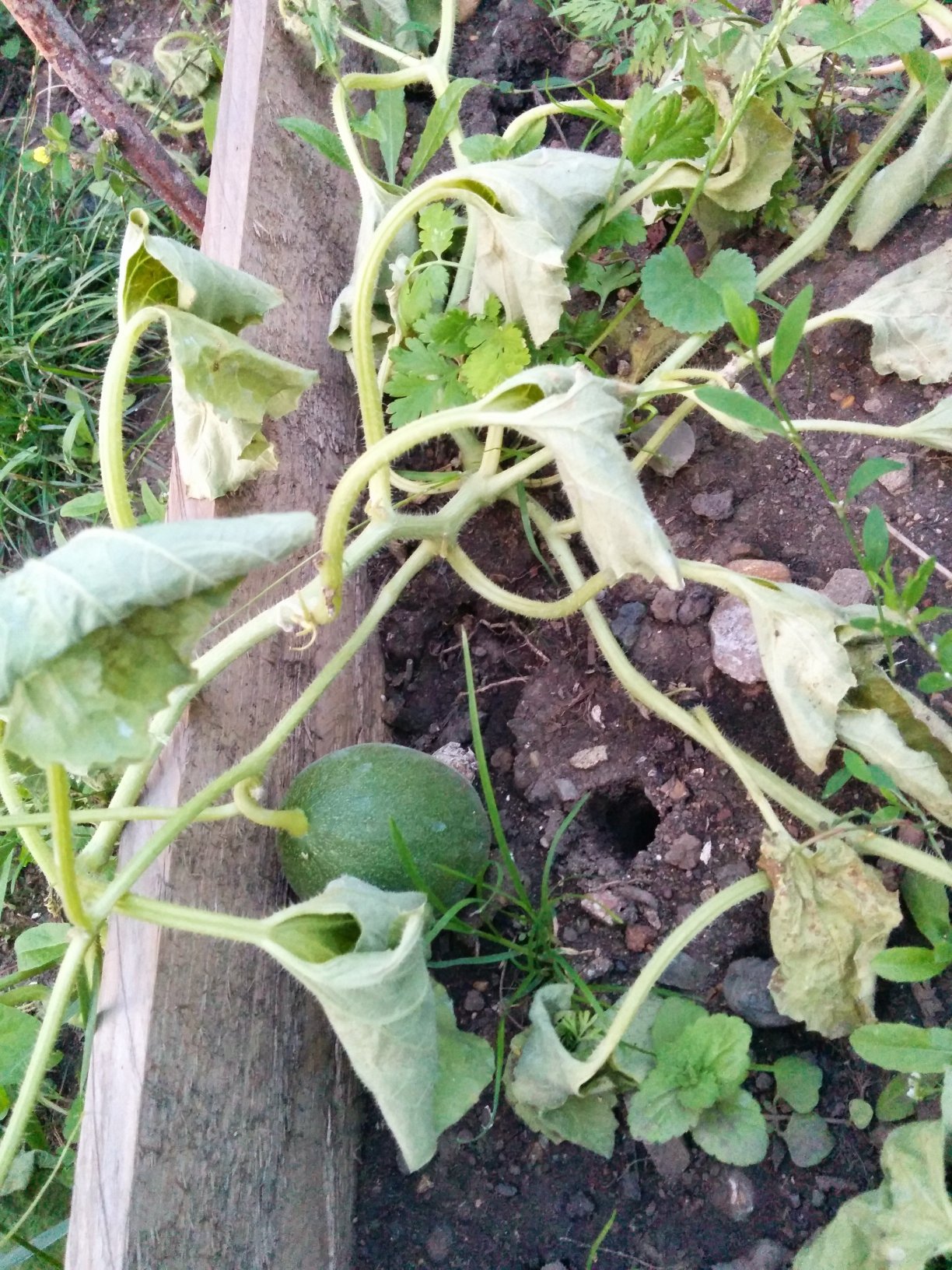 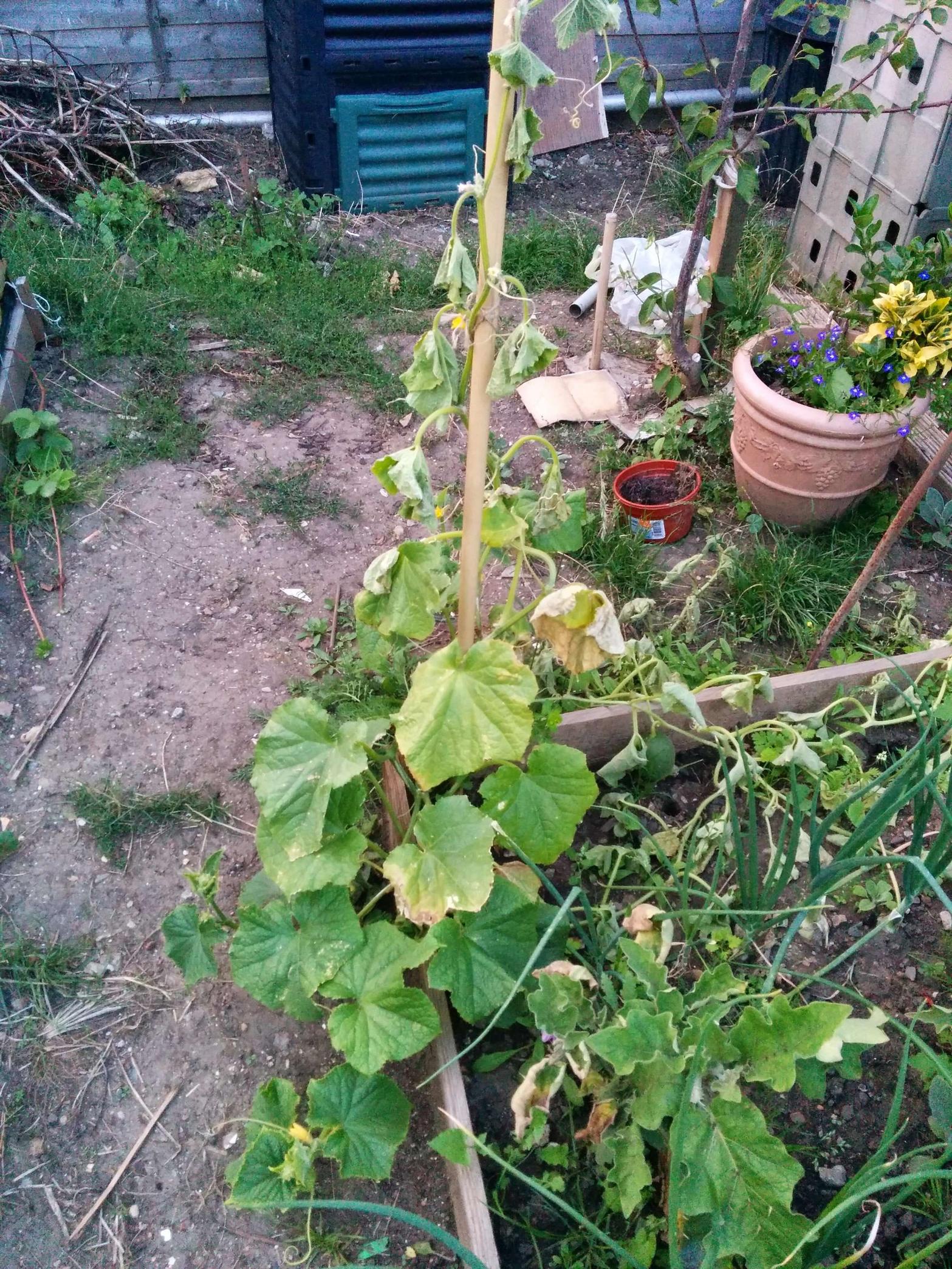 They were planted in May and were growing well until two weeks ago when they started wilting. I am not sure if it is due to over watering or bacterial. I have reduced the frequency of watering since Friday last week, but there hasn't been a change in a week.

Another thing I've noticed is that the branch of the cucumber that is climbing up the bamboo has wilted in the top half of the plant, while the one that is creeping across the bed looks fine (Picture 3).

If it helps, the weather changed quite suddenly in London about the time the plants started wilting. The last week has been a lot colder with less sunshine.

Cucumber bacterial wilt is caused by the bacterium, Erwinia tracheiphila, and is characterized initially by wilting and drying of individual leaves, especially those exhibiting cucumber beetle injury. Cucumbers and muskmelons are more susceptible than pumpkins or squash; the disease is rarely a problem on watermelons.

Infected plants initially show wilting and drying of individual leaves. As the leaves wilt and shrivel, stems may dry out suddenly. Later, wilting spreads to entire branches and vines. Wilting will occur during the middle of the day during periods with high water stress. The vine may recover at night. Eventually, however, the entire vine will wither, collapse, and die. In partially resistant plants, symptoms appear as dwarfing, excessive blooms, and branching. A good diagnostic test for this wilt is to cut a wilted stem near the base. Touch a knife blade to the cut and draw away from the cut. White to clear strings of the bacterial ooze will be strung out from the cut made on the infected plant to the knife blade. This diagnostic test is not 100% reliable. Further investigation may be necessary.

This means you've had at least one striped cucumber beetle around. Unfortunately, you cannot cure the disease. It's best to destroy the infected plants asap, to prevent spreading.

You can prevent it somewhat if you rotate your crops each year, grow tolerant varieties, and deter the beetles (the disease carriers) from landing on your plants, with an insecticidal dust, or netting. 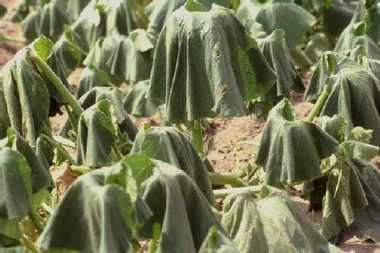 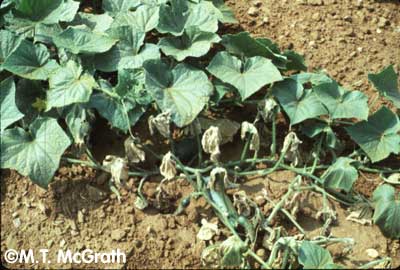 Not the answer you're looking for? Browse other questions tagged vegetables diagnosis diseases cucumbers or ask your own question.

12
Cucumber plants wilting in greenhouse, but fine indoors?
5
What is wrong with this magnolia?
3
Cucumber leaves yellowing and curling, and fruit is malformed
1
Solanum mammosum withering
1
My over 23 year old Mango tree wilted and cracks on barks. Verticillium wilt or Dieback?
3
What is causing my peas to wilt?
4
Why are my cucumbers deformed?