I have some sort of scale infestation on a small bush on my lawn. I'm not sure what sort of infestation it is - possibly Boisduval scale, but I'm not certain. Here are some photos: 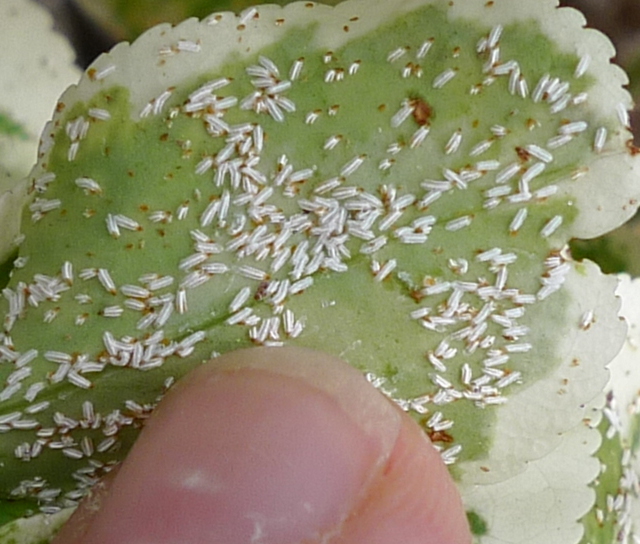 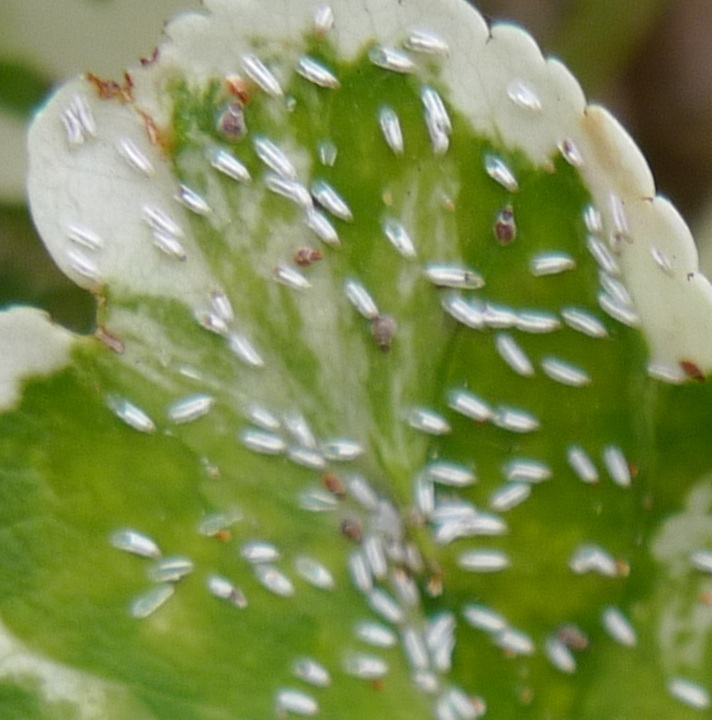 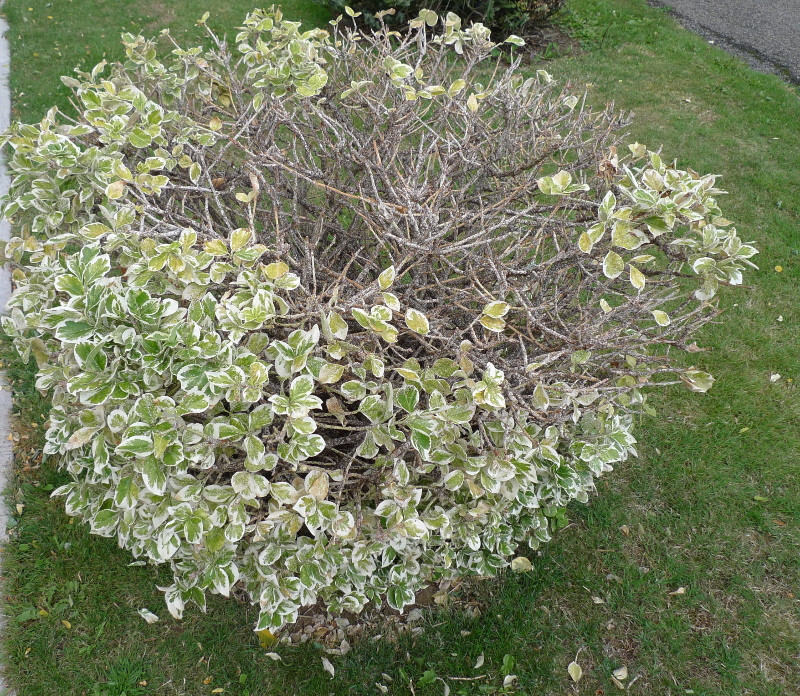 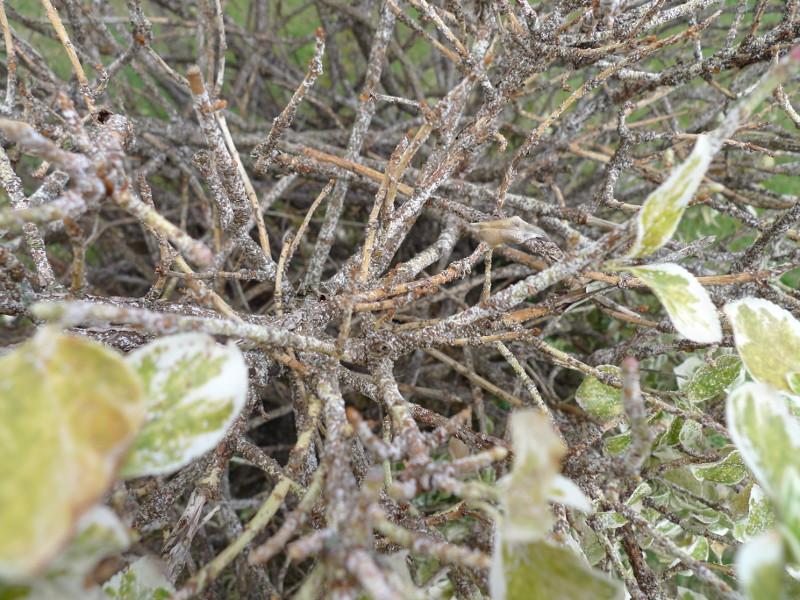 Any clue as to what it really is?

And any tips on how to handle it? The branches on the bush still appear viable, but is this bush a gonner? And an adjacent shrub is partially affected - how far will it spread?

Any help most appreciated.!

It's Euonymus scale, so called because it loves Euonymus plants, as you've discovered, in particular, evergreen varieties. I don't know what part of the world you're in, but you need to seek out a pesticide which treats for these, or they will completely decimate the shrub/s. These are the male scales you're seeing - there will be female ones (which I can see, causing that mottled appearance on the branches) that are fixed firmly to the woody parts which are oyster shell coloured scales. The best way of tackling them is to treat the males on the leaves - once the females are fixed on the stems, they're fairly impervious, but you should spray the whole shrub, tops and undersides of leaves and stems. I'd recommend Provado Ultimate Bug Killer or Scotts Bugclear Ultra in the UK, not sure if they're available where you are. I'm not at all certain that the plant shown in the picture is recoverable, it's obviously had a problem for a significant period.

If you're interested in the name of the particular scale species, its unaspis euonymi.

UPDATE: Regarding cutting back, yes, you will need to do that, but if you're in the northern hemisphere, hard cutting back now is not advisable, unfortunately, unless you know you're in a warmer region.

In addition as per @Bamboo answer I would do the following:

Not the answer you're looking for? Browse other questions tagged pests scale or ask your own question.

3
What are these white arthropods infesting my succulents?
4
Cabbage and Broccoli Pests
8
Bay Leaf Tree (Laurus Nobilis) with severe scale
3
Identify plant and things on it (Possible Scale)
7
Get rid of pesticide resistant Spider Mites?
7
What is happening to our potato plants? (going black, wilting)
4
Pest identification