What are these small yellow bugs that are attacking my eggplant, and how can I stop them?

Our Eggplant got infected by some yellow pests (see image). 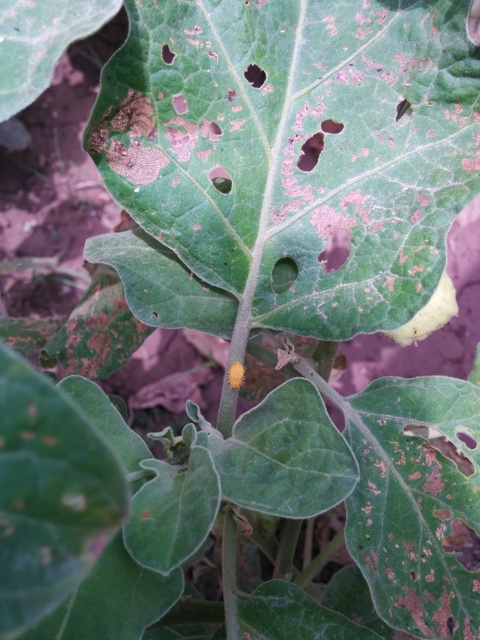 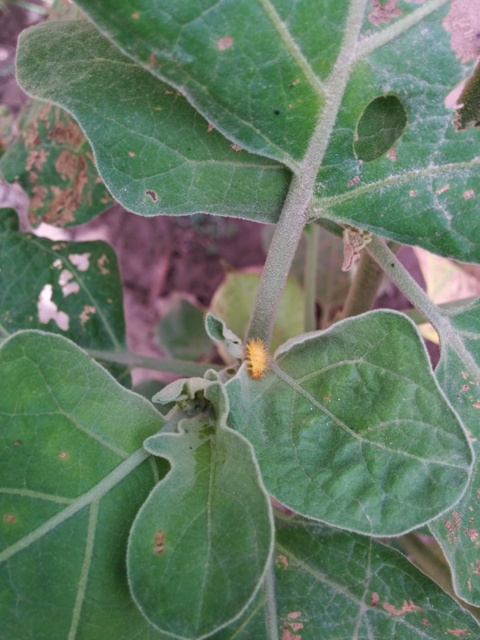 Can anyone identify what they are? I try to avoid using pesticides whenever possible. What can be possible solutions to get rid of these pests without causing an environmental hazard? I reside in Lahore, Pakistan.

The Eggplant says Thanks in advance.. !

Agree with BYJ's ID of the pest. Try neem oil concentrate, mixed appropriately, that should do the job - you'll probably need to spray every 14 days, otherwise, it's handpicking them all off, which whilst tedious, is certainly the most organic way to go. 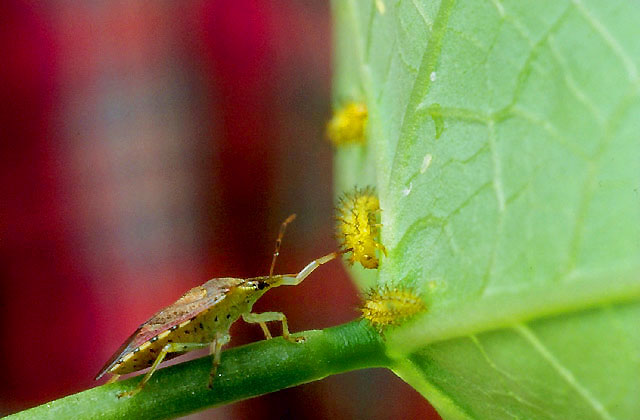 Cultural Control: Cultural control efforts may include destruction of overwintering locations and late planting of the soybean crop. The destruction of overwintering locations increases exposure to inclement weather conditions and can greatly reduce adult numbers the following spring. Under certain conditions, a combination of a trap crop with delayed planting of a portion of the field might be used to advantage. Since overwintering beetles actively forage upon emergence in the spring, beans planted early will attract a disproportionate number of beetles feeding during their preoviposition period.

Biological Control: Natural control organisms include at least 17 species of predators. They feed on bean beetle eggs, larvae and pupae. The beetles are protected by hard wing covers and by an offensive, yellow liquid which is secreted in small drops from the leg joints when the insects are disturbed. Ten species of parasitoids are prevalent in soybeans during the vegetative stages, but only the tachinid fly Paradexodes epilachnae and the eulophid wasp Pediobius foveolatus seem to be promising in reducing the number of bean beetles. Because P. epilachnae is not native, it is necessary to import it when the Mexican bean beetle is an important pest. P. foveolatus is a parasitoid of epilachnine beetles from India. It parasitizes Mexican bean beetle larvae during the growing season, but fails to overwinter for lack of diapause capability and/or available host material. The annual inoculative releases of this insect, if conducted early enough and in conjunction with establishment of nurse plot areas of snap beans in a widespread manner, are capable of suppression of the Mexican bean beetle on soybeans.

Quoted website talks about this pest in other plant species, but the tips can also be applied to Solanum melongena L. About biological control I can say that where I live we do not suffer this pest, in fact we use other species of the family Coccinellidae to combat aphids (and I know by experience that Podisus spp. may reduce population of Anatis ocellata L.).

Not the answer you're looking for? Browse other questions tagged pest-control pests eggplant or ask your own question.