Why are my lilacs dying and what can I do about it?

I have some large, old lilacs that seem to be dying. They start out great in the season, then leaves on individual branches start to get a variegated look, then curl, then brown, then finally die.

I have many lilacs, but three in particular seem to be suffering. They are situated in a row, north to south. I moved into this house in 2012 and the three were doing great. I sprayed a bit of herbicide on the brick pathway near the lilacs at that time, being careful not to hit any lilac shoots. Maybe the timing was uncanny, but about two weeks later, the south lilac began to curl and brown and finally the entire plant was dead in about 6 weeks. I chalked it up to bad luck with the herbicide.

The next year, the two remaining plants did great and had no issue. The south plant even grew back a little, but only about five percent of what it was. Again, I just figured it was bad luck with the herbicide.

This year the same thing is happening with the middle plant and slightly with the north plant. I have sprayed no herbicides and asked my neighbor if she had sprayed any. She had not. It is not bad luck with the herbicide. The south plant came back a bit more than the previous year, but it is also dying in the same fashion again.

So I've done some research to find out what it is.

I'm in the inland Northwest USA.

I'm not sure what to do and would be very saddened if I lost the other two. Here are my pictures of the plants. Click on them to see a larger view. 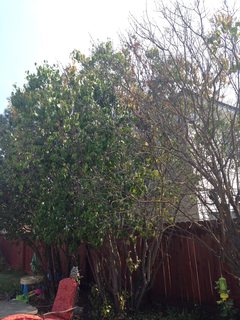 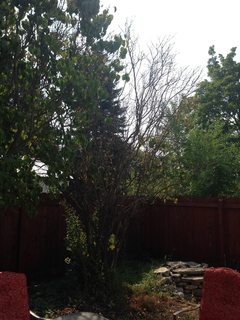 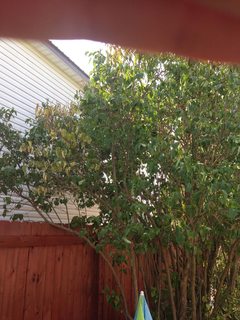 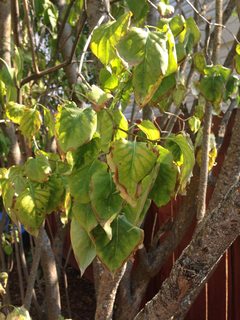 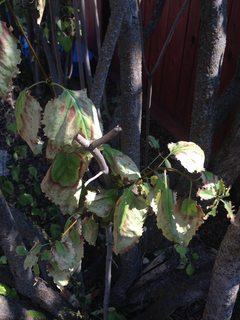 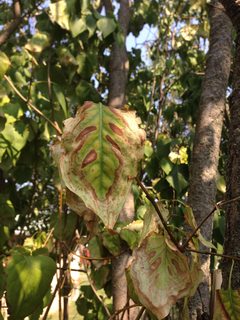 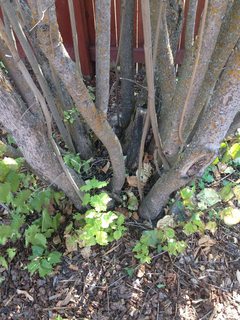 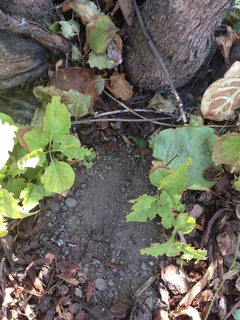 I'm not convinced this is bacterial blight - I can't see any evidence of blackened shoots which you'd expect with bacterial blights. I would ask,though, whether you've noticed any 'shepherd's crook' drooping at the tops of affected shoots and branches (so called because the top of the shoot droops in the shape of a crook). There's no evidence of this in the photos. I also can't detect any signs of canker in the woody parts shown in the pictures. The unhealthy leaves seem to be showing signs of nutrient deficiency, potassium in particular.

The plants themselves look pretty old, and the wood in the lower parts has deposits of orange material which is probably lichen. This is harmless in and of itself, but does indicate age. You say you don't water very much - large, fairly neglected lilacs may suffer dieback as the season progresses if they are short of water, and this does look like dieback. They also look quite congested in the woody parts, so I'd give them another chance by doing some radical pruning when the trees are dormant, reducing them down to 4 main stems per plant, sawn off about 2 or 3 feet above the ground. Feed with a good compound fertiliser in Spring, apply an organic mulch (not bark chips, too acid) to the soil at the base when the soil is moist after feeding, keep watered if necessary and trim off any growth you don't want to keep the plants a good shape, with fewer main branches. There are two unfortunate side effects with this treatment - you will not have any flowers for at least three years, and assuming the plants are Syringia vulgaris, there will be much more sucker growth, which will need to be removed. As long as the cause is not one of the phytophtheras or a foot and butt rot or canker, this might rejuvenate them and solve the problem.

You ruled out all the possibilities in your question :) by the way:

I've learned about a bacterial blight, but a description I read of how the leaves look when dying does not fit.

Bearing in mind that you have under control irrigation and fertilization... a bacterium is the first possible cause. Specifically Xylella fastidiosa Wells et al. that causes variegated chlorosis like in your pictures. To make matters worse: several specimens that are not exactly in the same place have been affected.

As far as I know there is no know treatment other than remove affected specimens to prevent future infections. 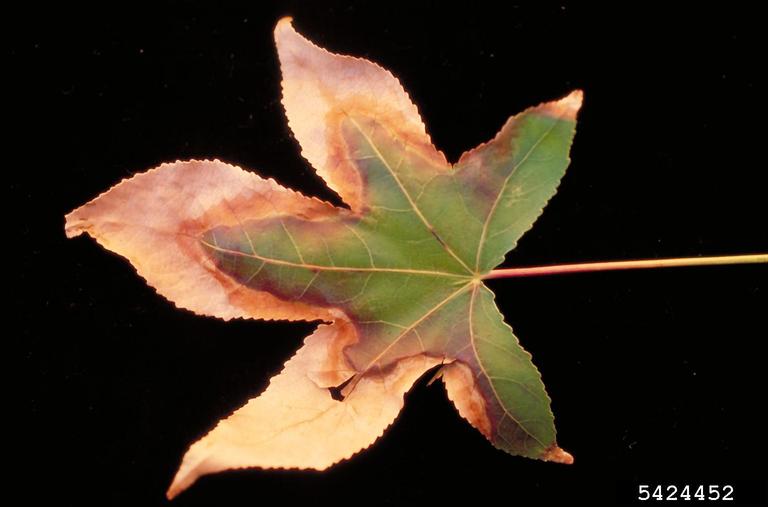 I've learned that lilacs are susceptible to over watering, but that is not a problem, because I rarely water them and I don't think runoff is a problem for their location.

I've learned that under watering can be a problem, but I doubt it because my other lilacs in other locations are doing fine with the same watering attention.

Remember that a slight variation in soil composition can mean a large increase or decrease in the water holding capacity.

I've learned that over fertilizing can be a problem, but I don't fertilize much and didn't the first year when the south plant died (but the previous owner might have).

Remember that concentrated solid fertilizers can cause damage if applied in seasons with heavy but intermittent rains, especially if the soil does not drain well.

Not the answer you're looking for? Browse other questions tagged diagnosis lilac or ask your own question.

8
What is the cause of the dead spots in my lilac bush?
3
What are the black flying things and why do the leaves look like this?
4
Can I rejuvenate a very old lilac bush that has regrown from the base?
11
Why are my aloe leaves turning white and brown?
5
Pruning a Lilac in November (South East, UK)
5
Why is my Peace lily dying?
4
Why are some of these Yew bushes dying?
1
Avocado leaves dying: is it the fungus or the fungicide?