I have planted around a month ago several small plants of cabbage, broccoli, kales, and arranged also a raised beds for herbs.

1: Pests. Lately, I noticed that most of the plants had been bitten, some of them almost destroyed. I took some measures to keep slugs away, having caught at night many slugs hanging around. Now, it seems that slugs are not as numerous as before, but little holes still appear on the leaves. I uploaded some photos.

How to figure out what is attacking the plants? What should I try in order to get rid of it?

The big damages you see in the photo has been produced before the slugs were kept away, the little holes came up later.

2: Fungi. Another strange issue is that this morning some clusters of fungi appeared on top of the compost in my raised beds. Is that any good? Should I get rid of them? How? It can be of help knowing that my beds are filled with cardboards at the bottom, a layer of prunings (mainly small tree branches) and hay, also there is some nettle and on the top some coffee-grounds have been crumbled now and then. 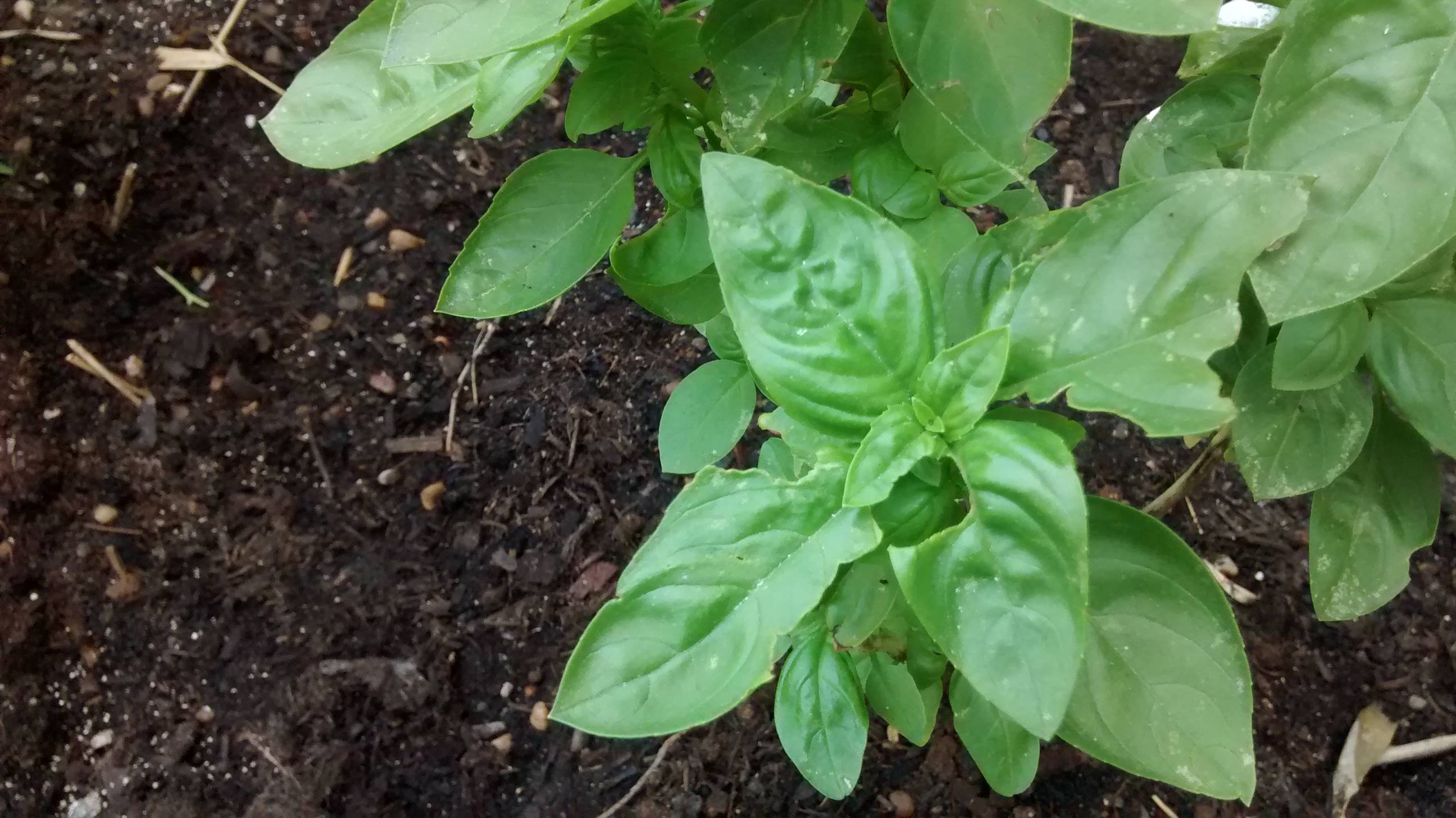 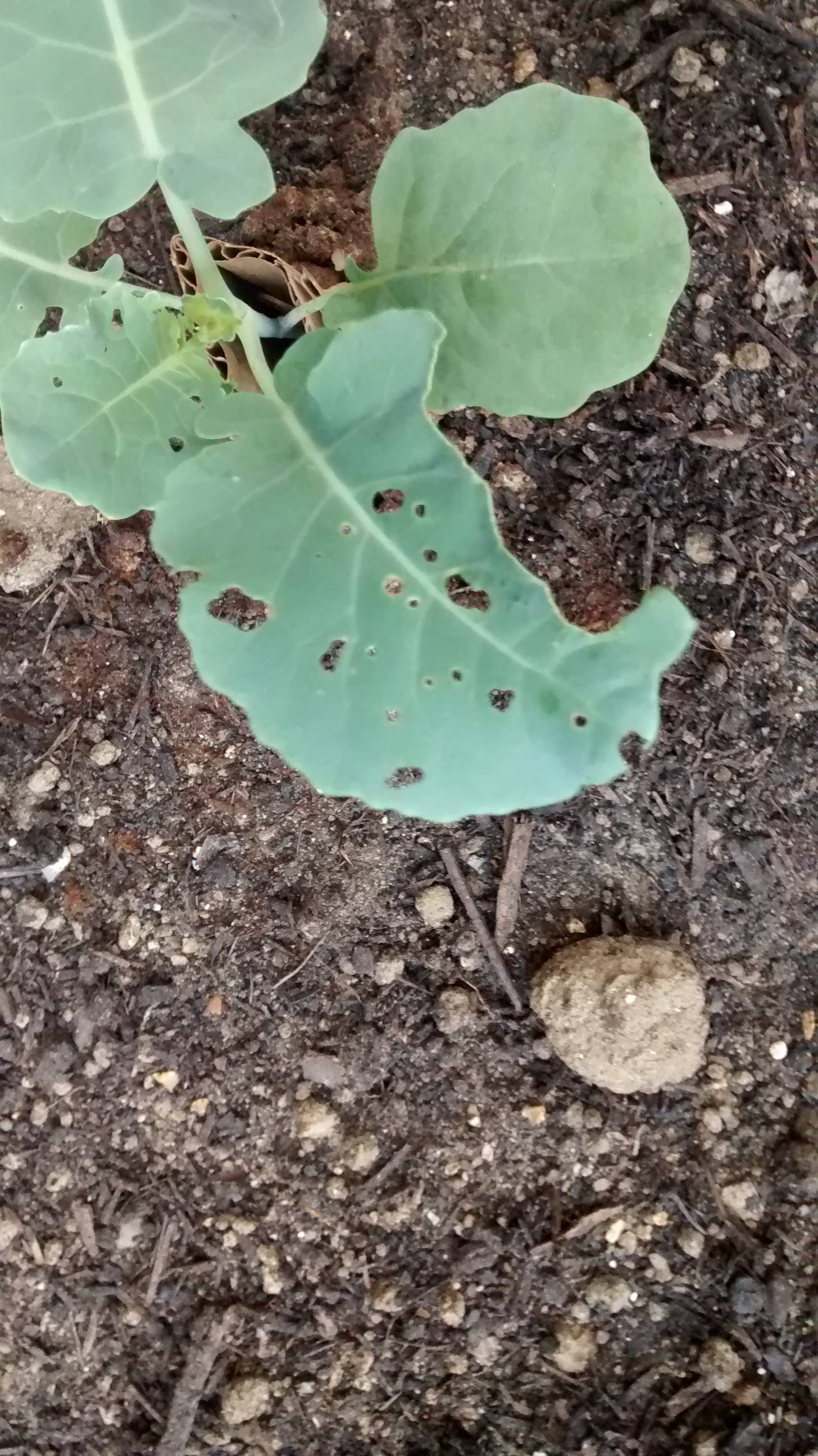 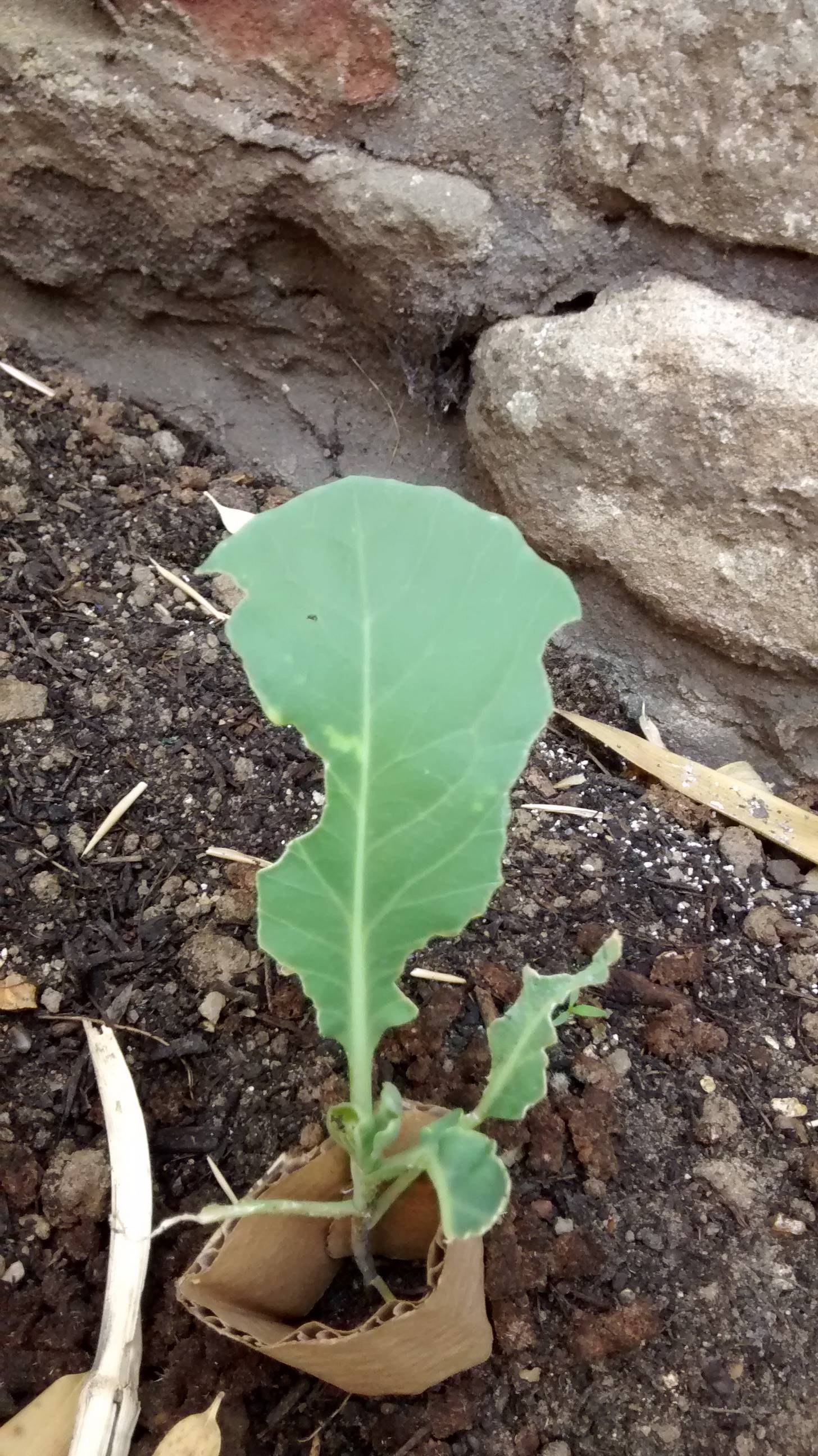 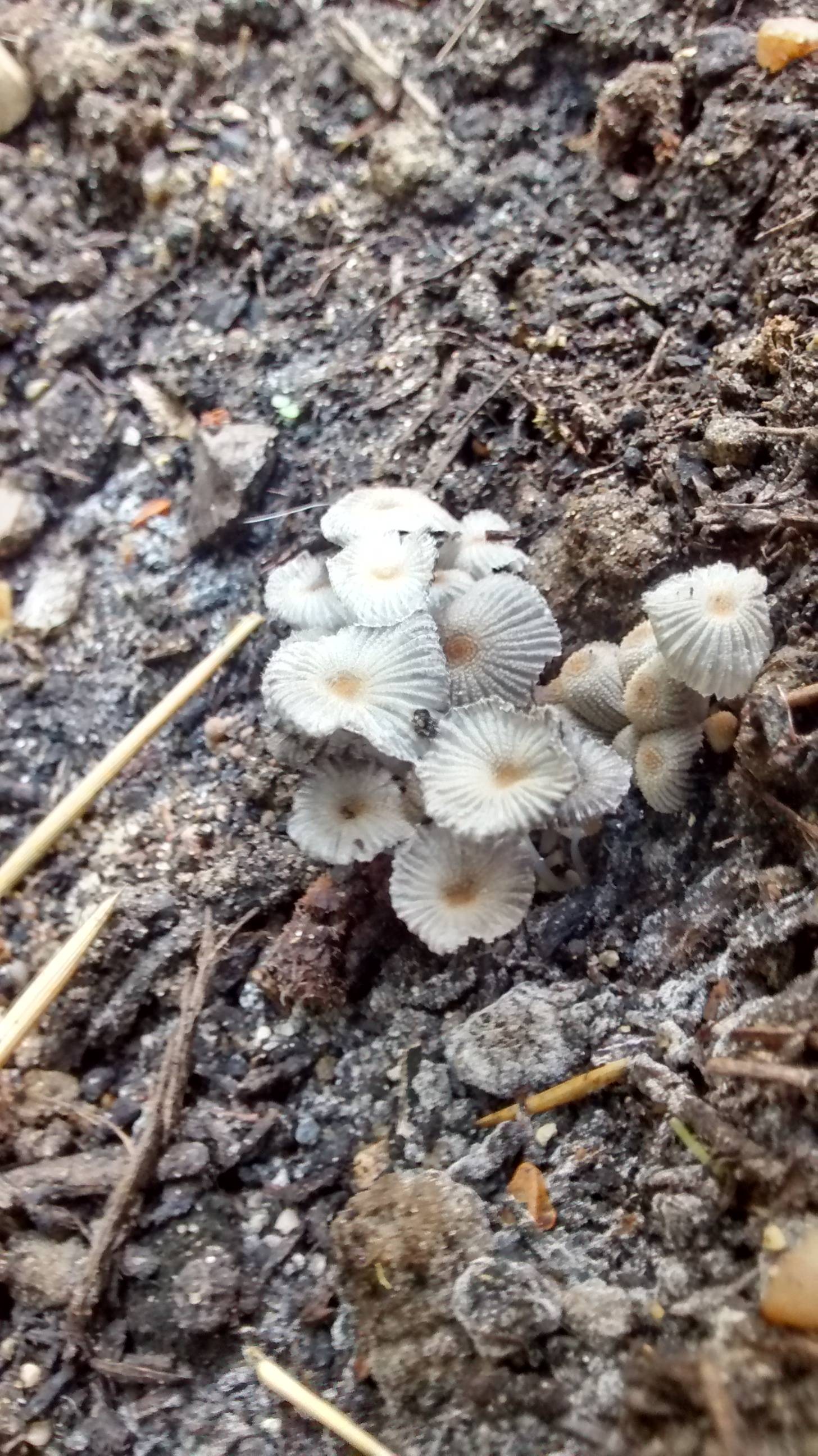 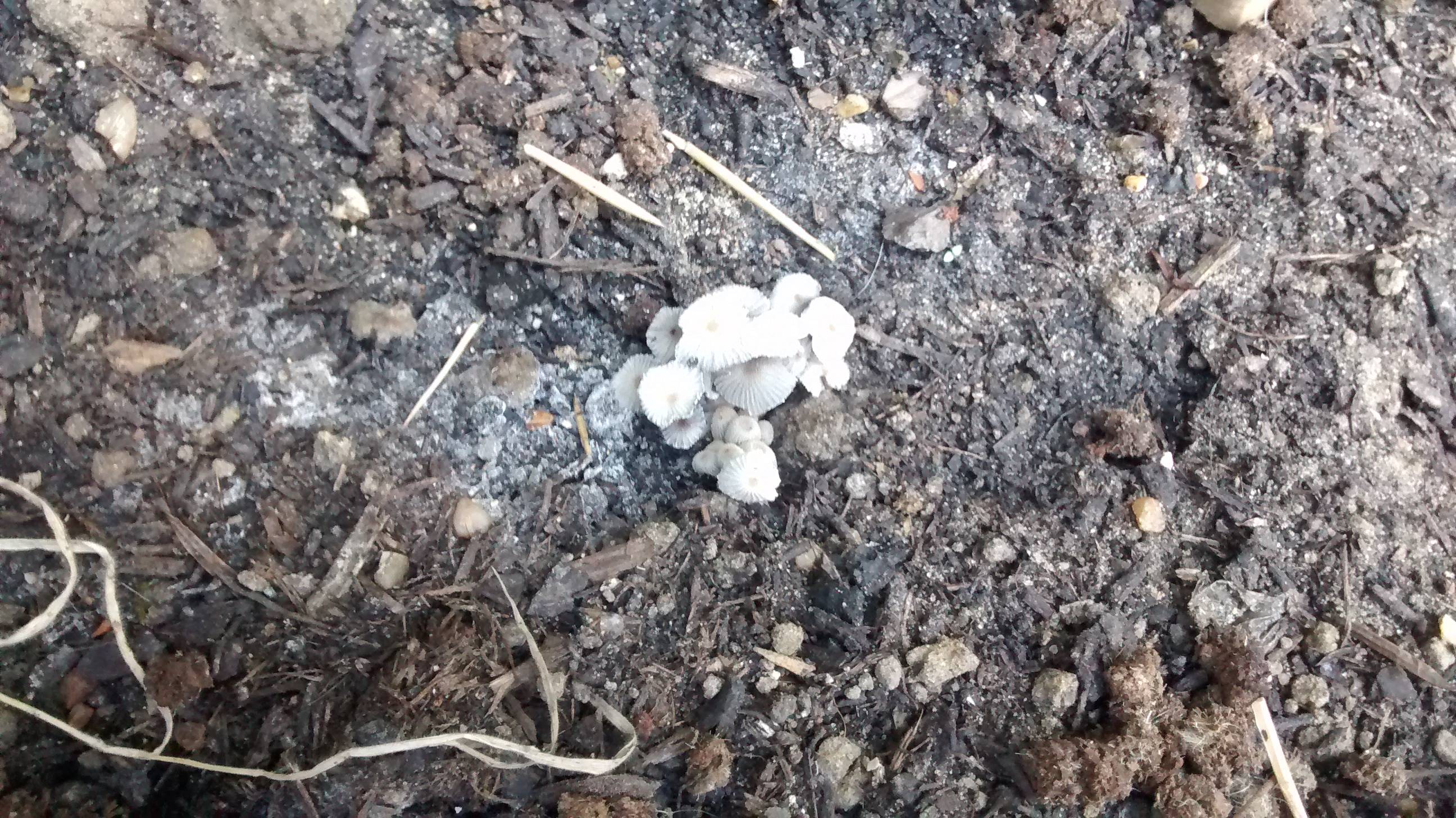 Fungus is just part of a healthy ecosystem. I think it should be fine, but you can pull them if you choose. They live on decaying material in the soil.

The bugs can be anything. I would think slugs still, but it could be grasshoppers. You didn't mention where you were located or the climate right now.

I had the same problem with cabbage a few years ago, and it was the grasshoppers that were destroying them. It was a very hot, dry summer. Conditions that they love.

I encountered a very similar issue with my Kale plants. Look under the leaves (sometimes on the front side as well) to look for green worms. Cabbage worms are attracted to brassicas and from the damage to the kale, it looks like cabbage worms. I hand picked them out of the kale while they were young to limit the damage. If you see any eggs as well, you can squash them so they don't develop into worms. Finally for future reference, you can use row covers to cover up the brassicas around this time of the year to prevent recurrence.

Not the answer you're looking for? Browse other questions tagged vegetables pests broccoli cabbage slugs or ask your own question.

2
What is eating my cabbage, and how can I protect it?
4
Can a raised vegetable garden co-exist with nearby fruit trees?
2
Is excess leaf growth on cauliflower, broccoli and cabbage a bad thing?
4
What is the optimal raised bed depth for Brassicas?
4
Planting non organically grown plants in organic garden
4
Cabbage leaves closed
3
Is loose-leaf cabbage just as prone to cabbage worms as headed cabbage?
0
What ate my cabbage?
1
Is this a cabbage plant?