Are these bushes sun damaged?

I have two of these bushes -I'm not sure what they are, maybe somebody knows? It looks like they might be sun damaged. I know that there used to be a tree nearby that provided some shade, which makes me think they are getting too much sun. They have small white flowers in the spring. Also, I see them around a lot so I think they are pretty common landscape bushes. 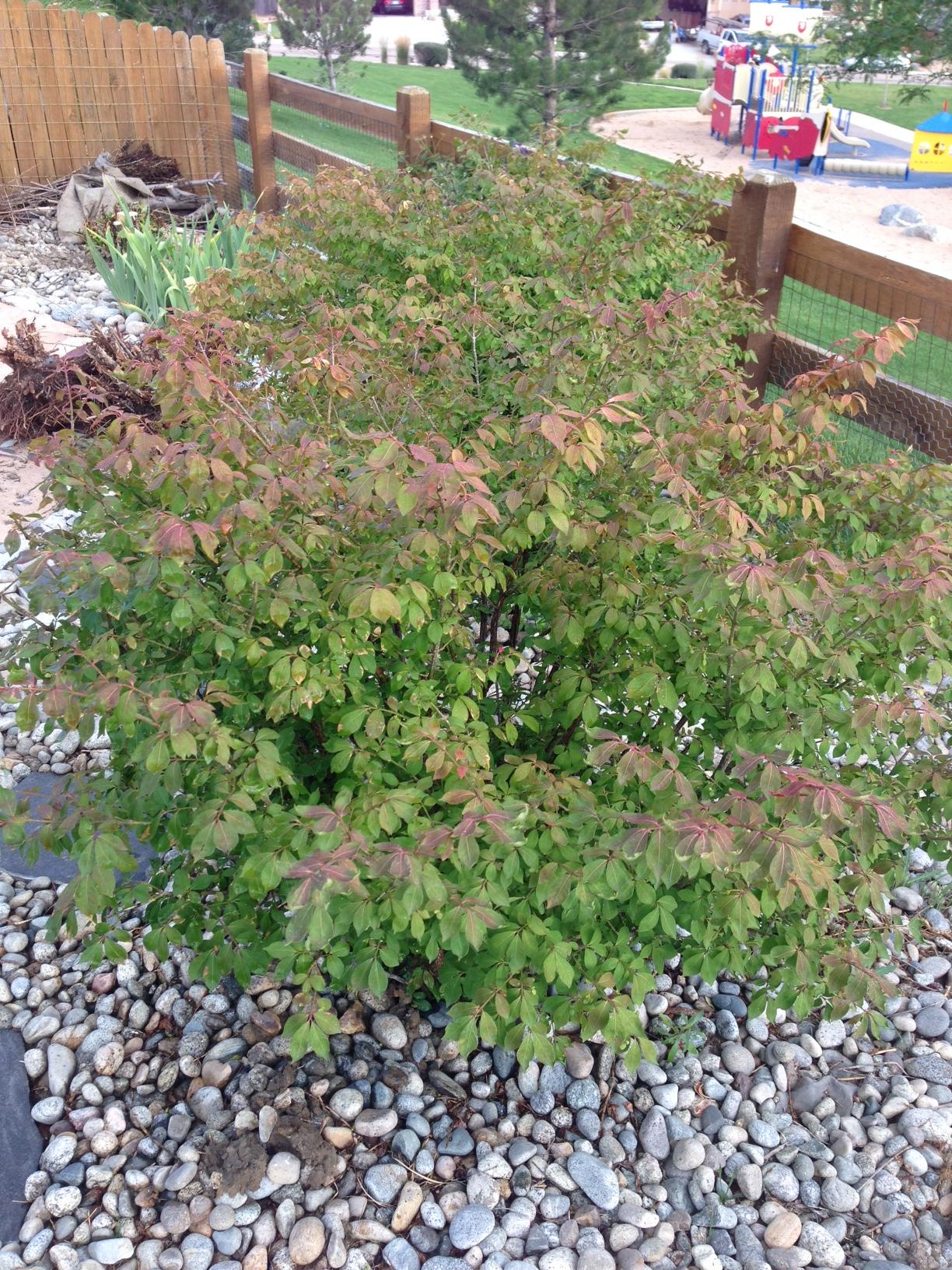 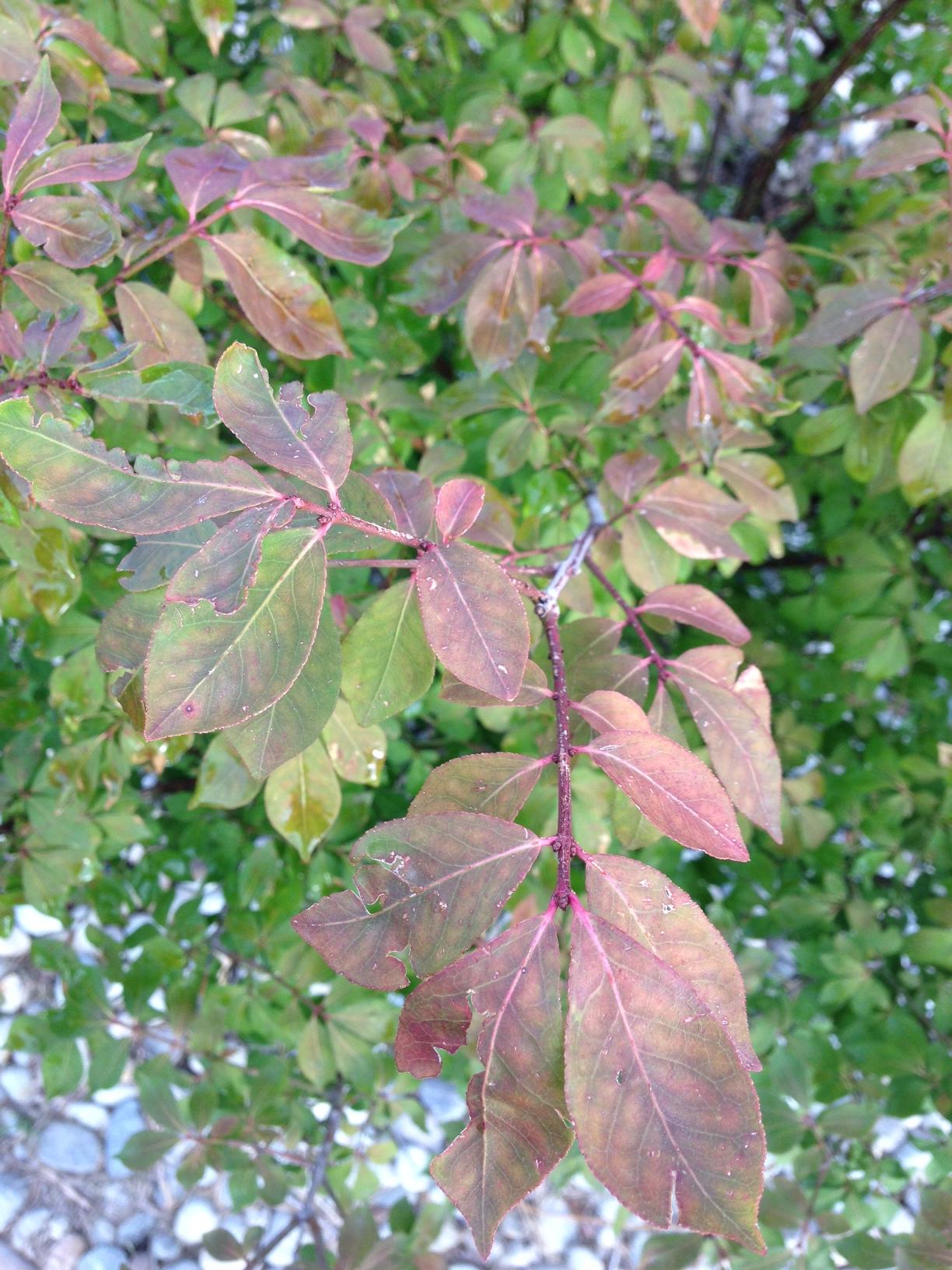 I agree that this is Euonomys alatus. The red color showing on the leaves is chlorosis. The red color is always underlying, but comes out when the chlorophyll loses concentration. That is what causes the red fall color.

The red on your plant might be caused by several factors, but too much sun isn't one of them. It looks like the shrub is suffering from nutrient (probably nitrogen) deprivation. Try fertilizing with a balanced fertilizer every couple weeks.

Another thing you could check is the soil pH. This often affects leaf color.

I believe these are the shrub called Burning Bush or Euonymus alatus. It might be the misnamed cultivar 'Compactus' which can still get quite large with time. The identifying keys are the paired leaves with a light sawtooth shape on the perimeter of each leaf. A more definitive identification would be the corky wings that are seen on older growth.

This shrub is native to to central and northern China, Japan, and Korea and was introduced to North America in the 1860's. If left alone it often grows into a plant up to eight feet (2.5 Meters) wide and tall. It is very popular due to it's good red colour in the fall if correctly located and bright pink or orange fruit.

It is a tough and hardy shrub, so much so, that it is considered invasive in eastern North America and sale is prohibited in a few states. Consider the black chokecherry, particularly some of the cultivars such as Aronia arbutifolia 'Brilliantissima' instead.

The red colour on the new growth could indicate a premature colour change due to stress or even cool temperatures given the odd summer we have had so far in Eastern North America.

Not the answer you're looking for? Browse other questions tagged identification diagnosis shrubs or ask your own question.

5
What's eating this Weigela Shrub?
5
What are these 3-foot tall plants in southwest Florida?
6
Which of these, if any, are poison ivy?
7
Why are my Japanese Yews (podocarpus) suddenly dying?
15
Need help identificating this bee-attracting shrub
6
How can I stop bushes growing through a mesh fence?
4
Why are some of these Yew bushes dying?
5
What are my new blueberry bushes doing?
0
Why is Japanese Aucuba Struggling/Not Thriving?