What is this narrow leaved, aromatic plant native to Attica, Greece? 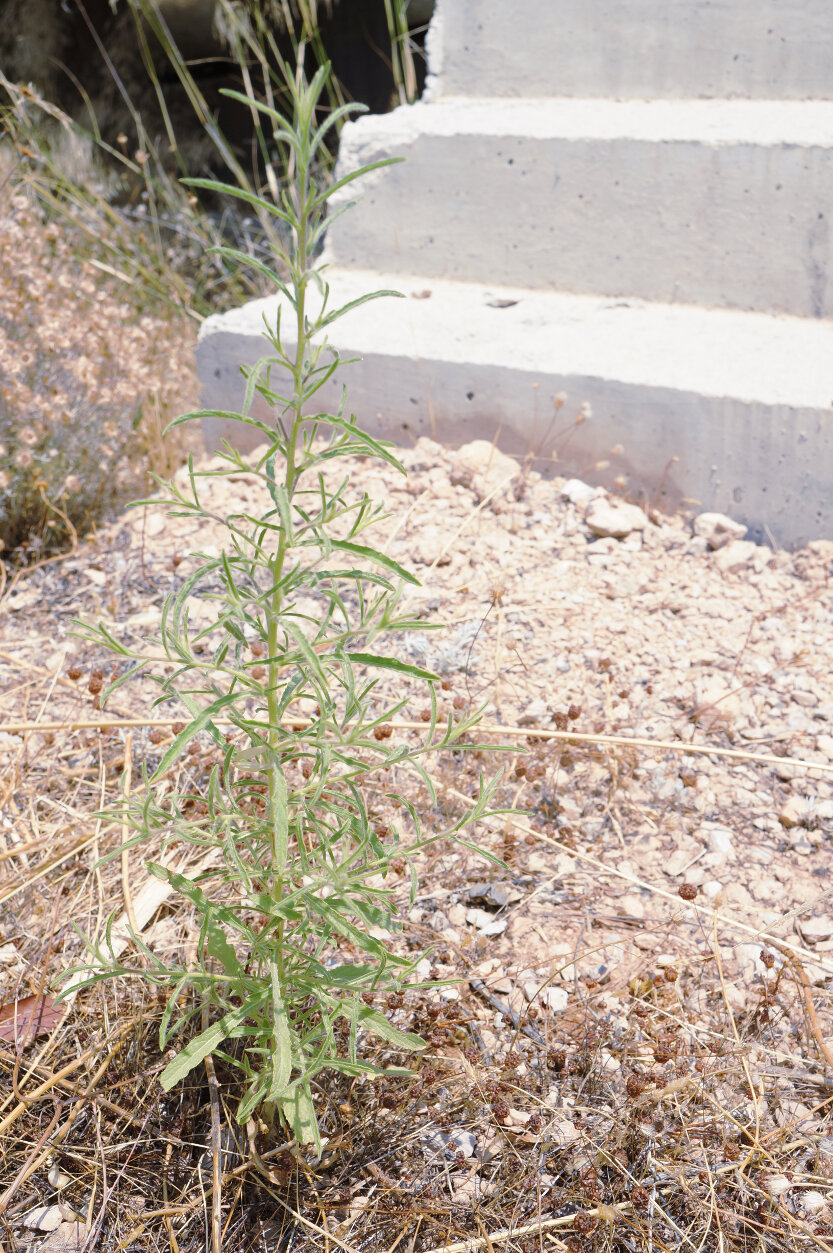 Can you tell me what this plant is? It is native here in Attica, Greece. It comes out every summer and goes away at winter. It is very aromatic to the touch. That is if you pass your hand over it, it gets a nice smell.

Rather than an absolute answer, it might be best to let you identify it yourself.

First, it appears closest to a Rosemary, Tarragon or Savory. The things I would suggest to look for in each of the three are: scent, flowers and leaf patterns

Rosemary has an almost sage-like or kind of piney scent to it. It is rather pungent. The leaves on rosemary are kind of scaly when you look at them up close and have smooth edges. They are also opposite or sub-opposite, meaning that they come out opposite of each other along the stem. They flower pretty much over the length of the plant and are generally blue/purple in colour.

Tarragon is more of a sort of sweet smell and has a taste similar to anise or fennel. "True" tarragon rarely flowers, but there are Russian varieties that flower/seed and which could be what you're seeing. Flowers are yellow and show only at the top/end of the stem. They have alternate leaves that have an almost smooth look, though they are veiny.

Savory has a mildly peppery/sweet taste to it and the smell is similar. It also has simple, opposite leaves. Also, they have a smooth edge to them. Flowers are lavender to white in colour.

16
What is this potential lawn replacement plant?
5
What is this little narrow leaved rosette forming plant?
3
What is this tall, alternate leaved plant from Piedmont region MD?
4
Plant Identification (greece, attica)
3
Help! What's wrong with my succulent plant?
6
Young child wants ID for a plant in his school garden
1
How do you go about identifying cypresses?
1
What is this flowering shrub?
3
What is this spade leafed plant?