What is this plant with no leaves and a thick red stalk?

We live in a lodgepole pine forest and this plant is popping up everywhere. Is this a fungus of some kind? 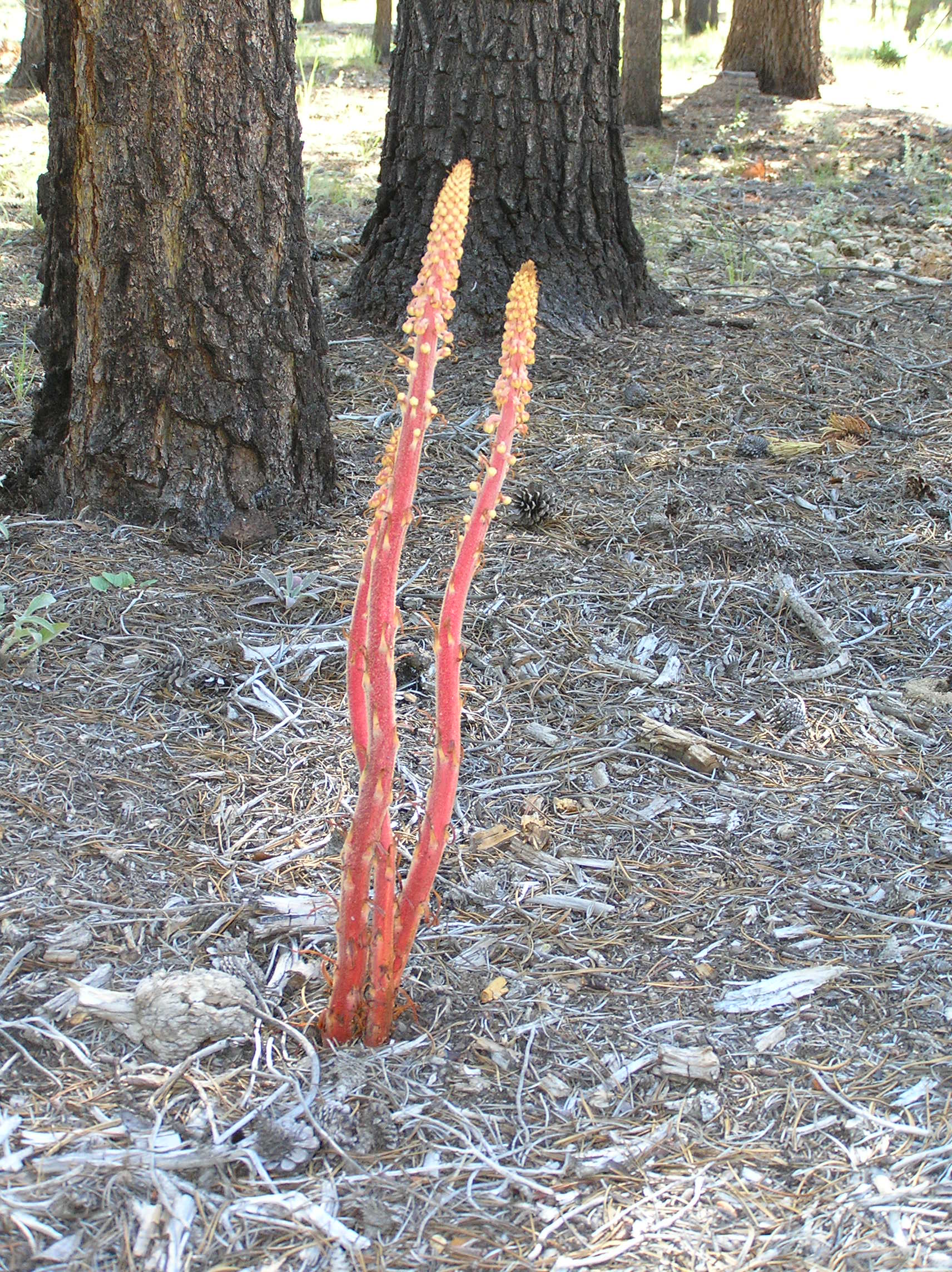 Pterospora, commonly known as pinedrops, Albany beechdrops, or giant bird's nest is a monotypic genus in the subfamily Monotropoidiae of the blueberry family, the Ericaceae, and includes only the species Pterospora andromedea.1 It grows in coniferous or mixed forests. It is native to North America from southern Canada to the mountains of Mexico and is most commonly found in the western half of the continent, though small isolated populations are found in the northeastern United States and eastern Canada. Along with Monotropa it is one of the more frequently encountered members of the Monotropoidiae. 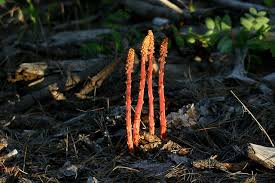