What variety of clematis is this?

Two years ago we thought we had bought a clematis 'Nelly Moser' - but when I look at the flower, it doesn't look at all how it should look. The petals are neither pink nor white but purple, and they're not dark in the centre and light at the edges but vice-versa. The flower's centre is yellow, while Nelly Moser has a purple centre, and the flower doesn't even have the same number of petals - ours has six, while Nelly Moser seems to have eight. Does anyone know which kind of clematis we might have instead? 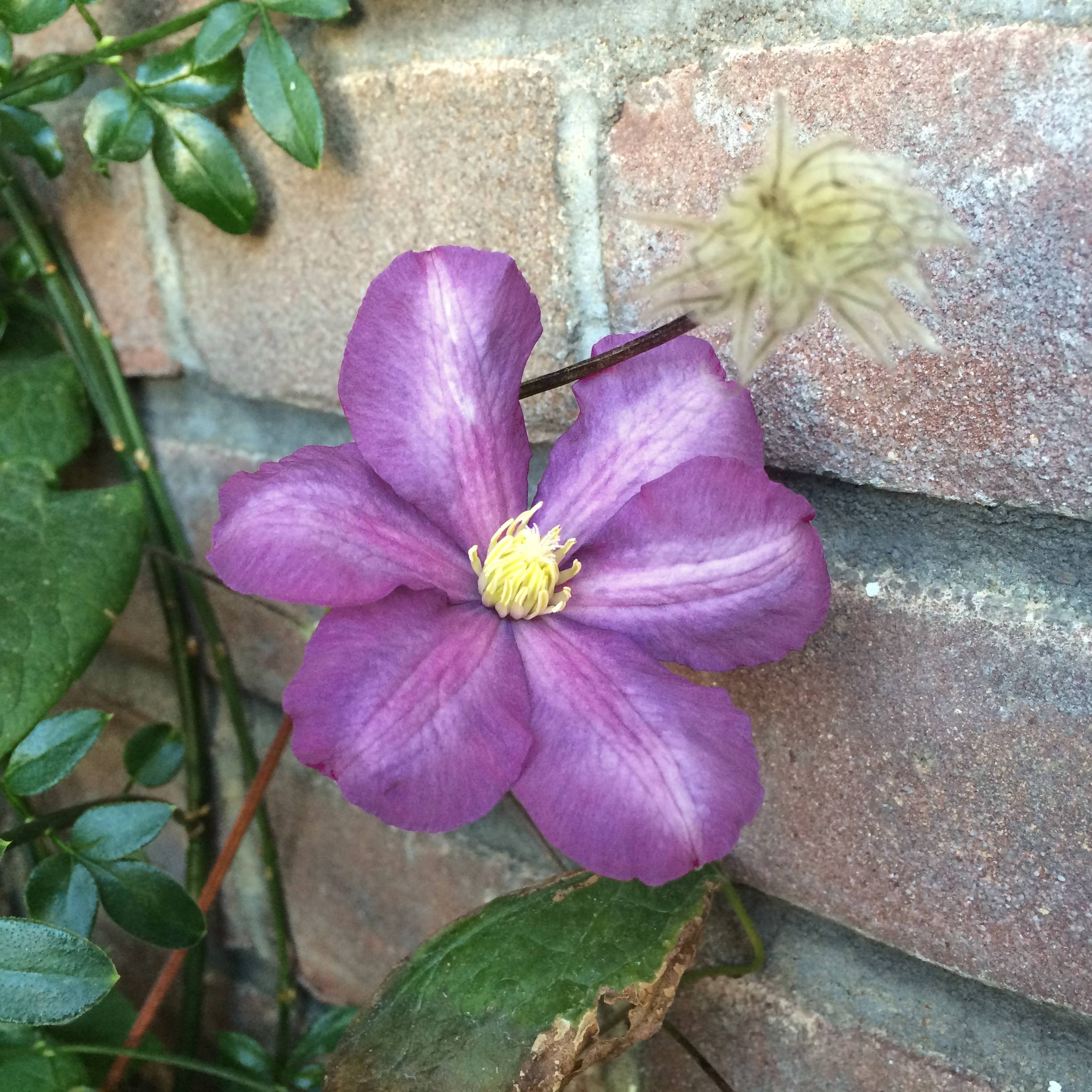 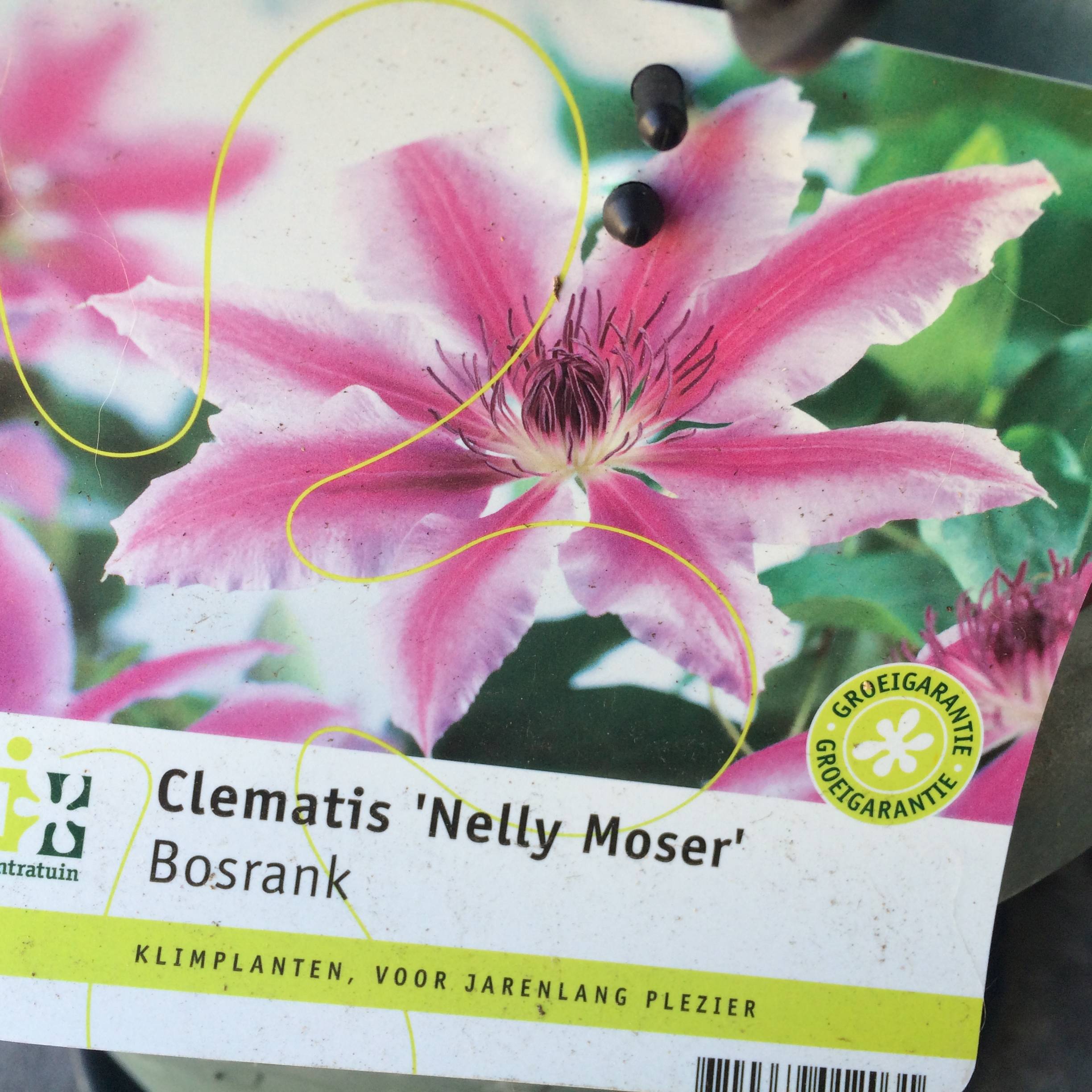 Wow, you guys are quick! I live in the Netherlands, which should be hardiness zone 10. The clematis started flowering in April, and is still flowering (I took the photo above this morning). I guess that would make it an early vine? And it flowers off new wood, not old wood. And I measured the diameter of the flower - it's about 6-7 cm (roughly 2,5-3 inches) which seems small to me, I think earlier flowers were larger. There are more flowers than this one, but they are too high up for me to reach! And I (very slightly) photoshopped the colour of the clematis to be a more accurate representation of it's real-life colours - and wouldn't be surprised though if you wouldn't really see a difference...

It might be useful to add that I suspect it might be pruning group 3, not 2. We hardly pruned it this spring, and during these past few months it really grew a lot! It's now about 2-2.5 m high, and looks as if it's dying/drying out at the bottom, while all flowers but one are high above my head - we'll definitely prune it back hard next year!

I'm wondering if this is Ville de Lyon, although it usually looks redder than your picture. If the stamens splay out over a day or so after the flower opens, and it is redder than it seems in your picture, then that's what it is.

I don't know where you are in the world, but Nelly Moser is an early, twice flowering variety - the first flowering is in mid to late spring, very large flowers, as illustrated on that packet in your picture, and then a second flowering around fall with smaller flowers. Depending where you are, and if this is the first flower on your clematis, then its likely this is one of the viticella group, which start flowering mid summer and go on for 6 - 8 weeks. The flowers on these varieties are never as large as the Nelly Moser type;- Ville de Lyon is in the viticella group, but there are a great many other varieties, so many now it's hard to keep up to date with them. Whichever one it is, it sure isn't Nelly Moser!

Your last comment said it was more bluish purple than reddish purple. There are more pictures of this clematis that are more purplish...this is the first time I've included a link, grin, so bear with me if I've made a boo-boo.

Looks like the "Horn of Plenty" variety to me. 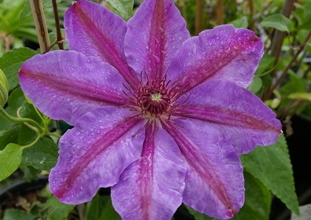 Not the answer you're looking for? Browse other questions tagged identification flowers vines or ask your own question.