Can I rejuvenate a very old lilac bush that has regrown from the base?

I have a very old (about 120-125 yrs. old) lilac bush. It was cut almost to the ground 20 years ago. I had been told that this was how to control giant lilacs. It had formerly been 18' high and 25' across, and was hard to mow under. I regret this step, and the bush has never looked good since. The spruce tree behind it has really grown, and the lilac is growing at an angle, with thin, spindly stems.

I like to keep as many 'historic' plants as possible on my property. Assuming I want this one to live and recover, what should I be doing to maintain it, or keep it from going downhill? 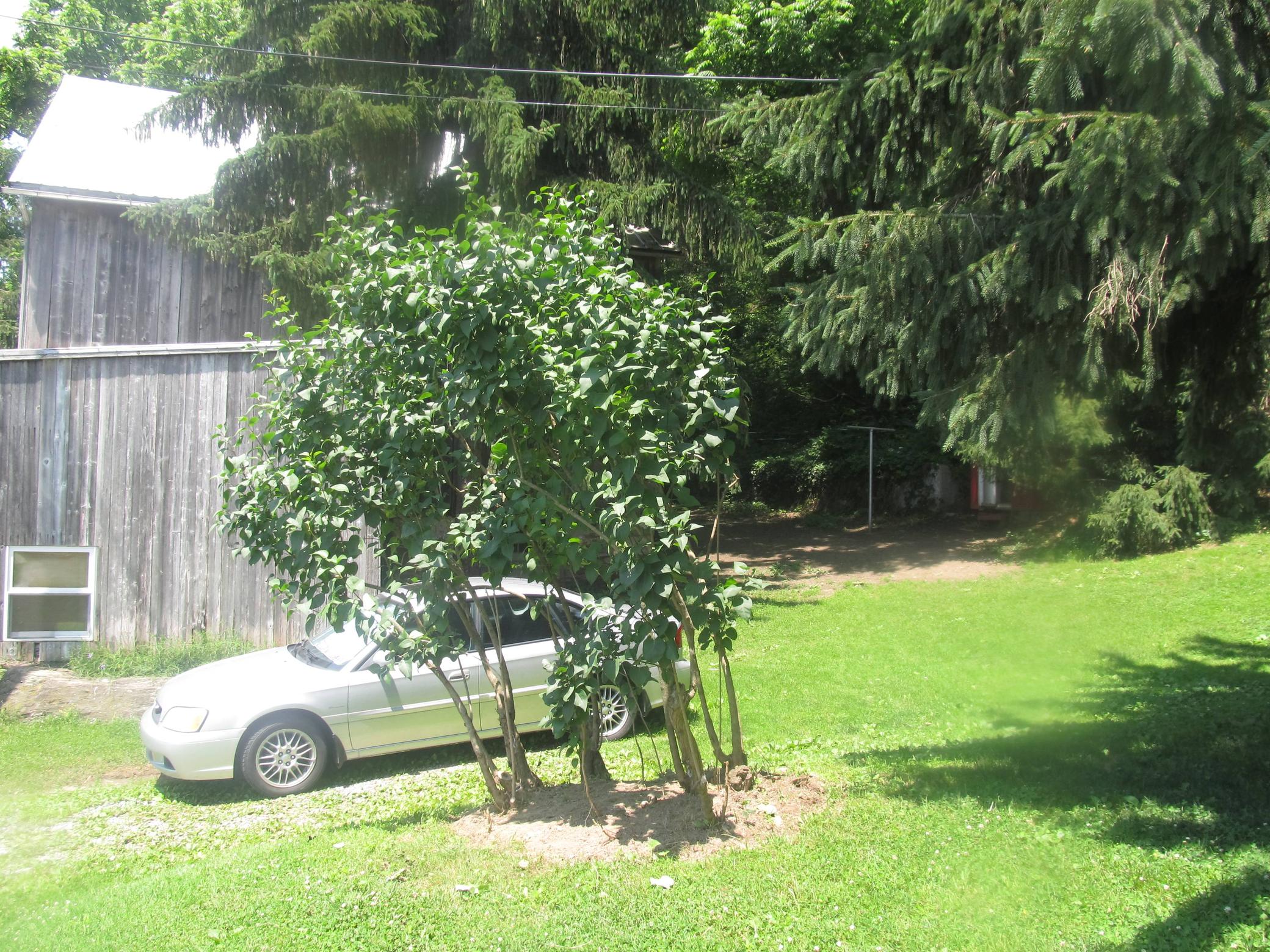 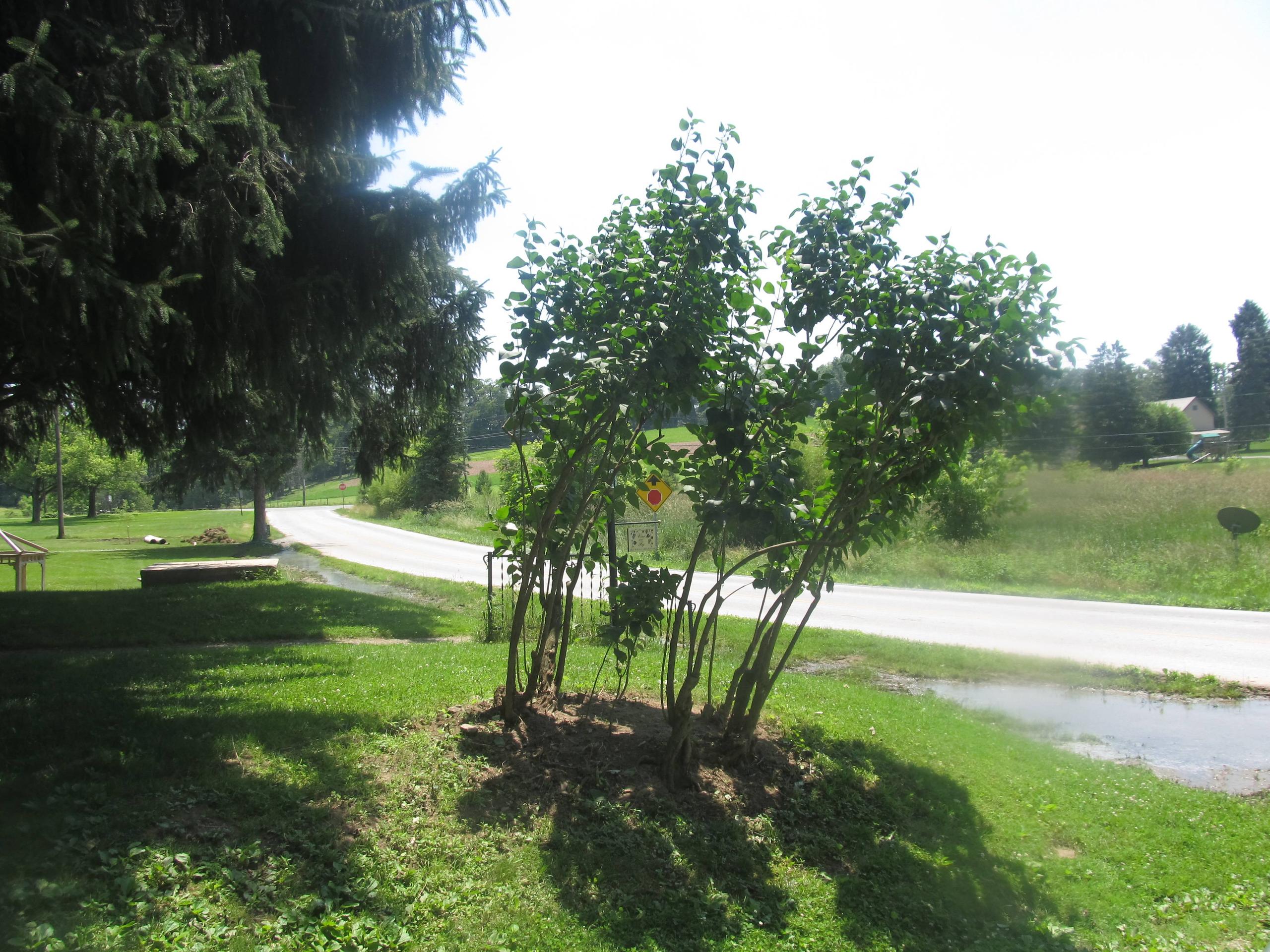 Tough one - for one thing, it may not even be the original lilac, it depends on whether the tree was grafted or not. Rootstock used in 1950 would most likely have been privet or syringia vulgaris - if you never had sucker growth before you cut the tree down, and because the tree was so old, it's likely it was on syringia vulgaris rootstock. On the other hand, if you did get lots of suckers, then it was on its own roots, in which case, the regrowth is actually your original lilac. The trouble is, as you can see, growth does not generate from heartwood in such an old and thick trunk, so any regrowth will always be around the outer edges, either from the cambium layer or straight off the roots below. This obviously means you'll always have a bare circle in the centre, so the best you can hope for is a sort of dense shrub which might cover that area up.

In terms of appearance, and as you cut the thing down in the first place, you might want to consider killing it off and replanting another tree further along.

Killing it off was just a suggestion and yes you can keep it, as I said previously, but only by growing it as a shrub, and it may never be particularly bushy or attractive, whatever you do. You're already doing everything you can, but I wouldn't let those shoots develop into individual trees, which they might try to do if left long enough, that'd be really ugly. Although one person's 'ugly' is another's delight, I suppose.

Not the answer you're looking for? Browse other questions tagged plant-health shrubs lilac or ask your own question.

8
What is the cause of the dead spots in my lilac bush?
10
Can an aloe plant that's completely rotten at the base be cured?
17
What is this shrub and has it come back from the dead?
7
Do I need to leave space at the base of a plant so that air can get into the soil?
5
Can I fix my lucky bamboo that has yellow stalks?
5
What is this bush/shrub that has thorns?
5
What is this bush/tree that has dark leaves, and clusters of tiny white flowers with 4 petals?
4
Can you identify this shrub which I have named "The Redemption Bush?"
3
New fig trees seemed dead; now sprouting from the base. Any special treatment?