My tomatoes got hit by a freeze [duplicate]

Most of them are coming back. 12 out of 15. Will these produce this year if I can keep them from freezing again? They've been babied in a heated greenhouse ever since. I know I'll have to harden them off before going into my unheated greenhouse but hate to spend anymore time or room on them if they won't produce well.

I'll plant these tomatoes on the southside of my greenhouse where they can get direct sunlight when I pull the plastic up. These particular tomatoes are the regular garden varieties, not meant to be grown in greenhouses. Another reason I'm worried I'm wasting space...or would it be better to keep them in pots and just move in and out of the greenhouse to be able to get sunlight? And wait until my hothouse tomatoes come in the mail to be planted in my main greenhouse? 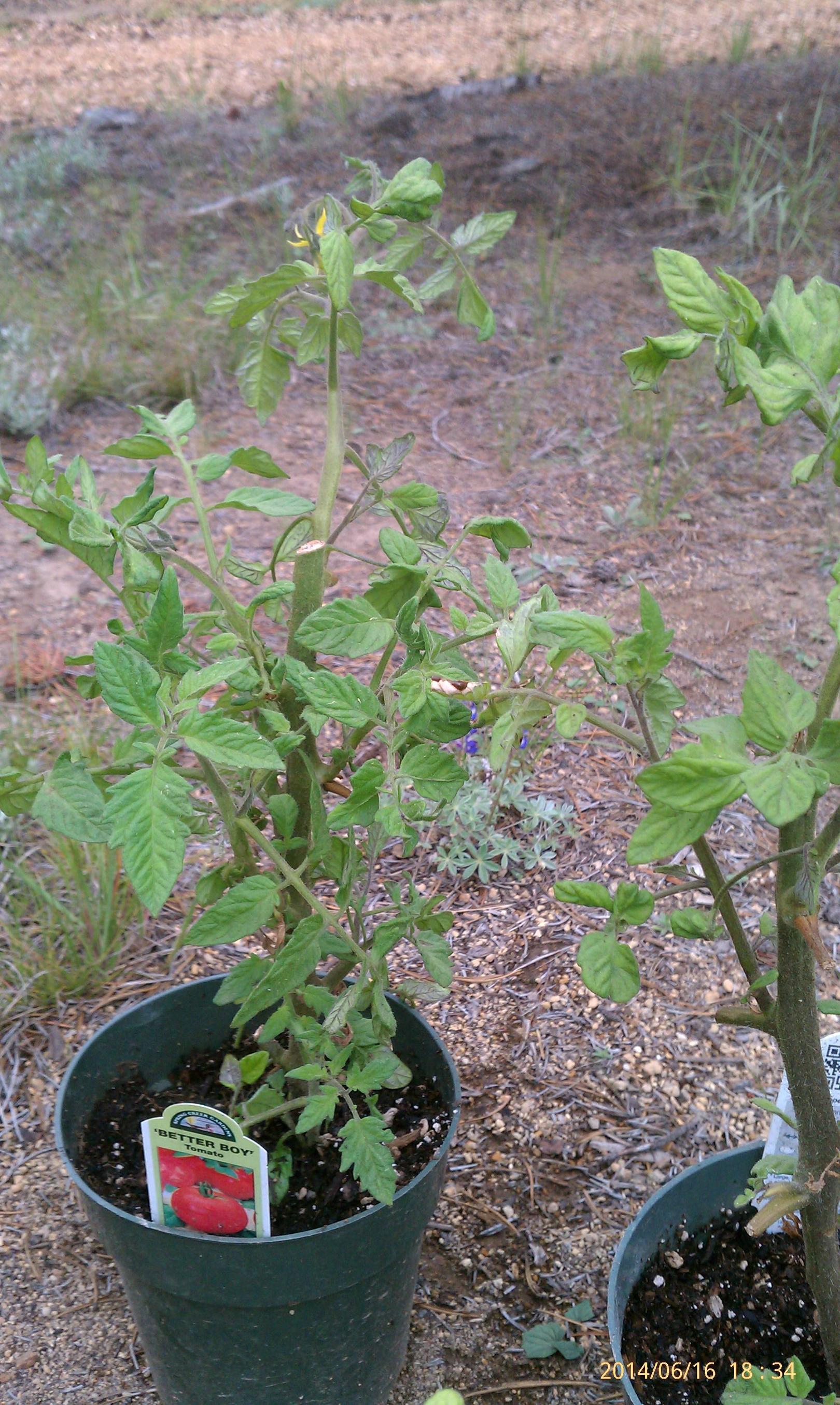 The plants in your picture appear very healthy. They are recovering very well and have the potential to produce a good crop. I see you have the variety 'Better Boy', which has been successfully grown in heated greenhouses. However, it is day-length sensitive, so the productivity will drop in late October/early November, even inside a heated greenhouse. But this is an indeterminate variety, so the set-back will not affect potential yield. This variety also has been in the Guinness book of world records with 342 lbs from a single plant in one year.

If all the plants are looking as good as the ones in the pics, and producing flower buds, they should be worth your time at least until the new plants coming in the mail start producing. They will do by far the best in the heated greenhouse, because big temperature fluctuations can cause blossom drop.

As for moving outside to receive sun during the day, this is a good idea as long as there isn't a big difference in temperature between the inside and outside air. Also, the plants will not grow or develop well if the stems and the leaves keep getting brushed against or moved around too much. These plants will get rather large (mine have reached over 6' in height before), so some kind of support is needed. If you will be moving the plants, the supports will have to be individual, and attached to the plants' pots.

The plants should produce under a film that lets through 70% or better of the sunlight. Below that, you will see a marked decrease in production.

I'd say you have at least a month until the plants start bearing, so if you think that's cuting it close, you can just dispose of the plants. I personally think they have a future, and you can get at least enough tomatoes to pay for the plants here, if not the pots/mix/fertilizer/heating fuel/water/time.

8
Can I save frost damaged tomatoes?

14
Does aspirin really help tomatoes grow?
4
Is it too late for this tomato?
7
Tomato plants got black stems and the leaves dry out
3
Why are there plants specifically designed for greenhouses?
5
How should I grow Moneymaker tomato plants in indoor containers?
6
Brown patches on tomatoes
2
Good Frost tolerant tomatoes?
2
What's wrong with my tomatoes?
3
Dark sunken spots on green tomatoes